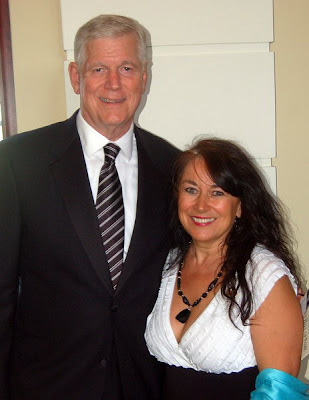 The inaugural Kansas Hall of Fame event was "superior" in the words of one attendee. I'll second that.

A highlight for Gary and me, of course, was hosting General Richard Myers, former chair of the Joint Chiefs of Staff. As one of my friends commented afterward, "Your friend the general is the real deal!"

I'll second that one, too.
I'd met the general on a couple of occasions previous to this one; in fact, I think I attended the first talk he gave as a civilian at a Conference of Military Historians in Manhattan. He joked that it was the first time in a long time he had not had staff to prepare his notes and it was a little unsettling. He was wonderful, of course, candid and compelling in describing his view of world affairs.

There was little doubt at the Hall of Fame event at the Great Overland Station that everyone wanted to meet the man the world had looked to on 9-11 when he was acting chair of the Joint Chiefs. He took the top post a month later and was front and center while history was being made. It was a privilege to host him and his brother-in-law and sister-in-law for the evening and we look forward to seeing them again.

My handsome and talented husband (below), along with friends John Neal and Jimmy Wilson, provided the pre-dinner entertainment. I'll post more pictures and keep you posted on next year's nominees. 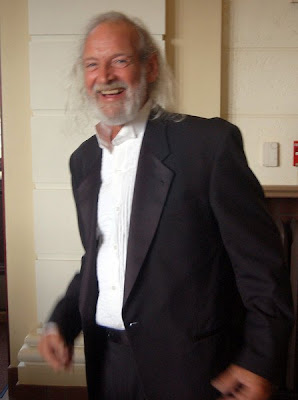