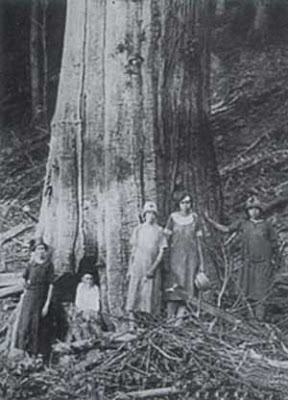 We lived in the woods. In those woods were the corpses of American chestnut trees, great trunks that we imagined as trains or the walls of forts. Chestnut burrs littered our woods but the fruit was long gone. . . Granny told us stories, wonderful stories of this miraculous tree that that had tragically disappeared. . . .

Ross presented “Fallen Heroes: The Chestnut in Appalachian Life and Chestnut Trees Now” at the annual meeting of the Surry County Historical Society.

“I thought it was fantastic. It makes me want to find out more and see what we can do to bring them back to Surry County,” said Linda Stanfield, chairperson for the meeting.

Marie Judson came to the meeting. She said, “I loved it. She was wonderful. And I’m interested in chestnuts.”

Judson said she wished she had had a professor as interesting as Ross when she was in school.

A group of 46 people gathered at Cross Creek Country Club to share a meal and listen to Ross’ lecture. She spoke about how the traditional mountain society flourished around the chestnut tree. Her speech was sponsored by the N.C. Humanities Council.

In a press release, Ross said a “triple whammy of outside forces” came to Appalachia in the 1930s and ’40s: the chestnut blight, Great Depression and World War II. She presents the idea that the loss of the American chestnut tree may have had the strongest impact on the area of the three.

Ross, a folklorist with a passion for the Appalachian region, shared stories she had gathered about the chestnut tree. Born in 1941, she missed the age of the chestnut tree in America. She said people would frequently point this out to her as she began giving lectures about regional history when she was young.

Older people would describe for her the tall chestnuts that bloomed white in the spring and turned to a bright yellow in the fall.

She said when those people look out at the mountains now, “That’s not the Appalachia they knew when they were young children.”

Ross spoke of the chestnut gatherings people used to have, where they gathered at the tops of mountains to collect chestnuts and fellowship. Many people got married as a result of meeting at these gatherings.

“It was the social event of the year,” she explained.

According to Ross, people years ago used every aspect of the chestnut tree. They made flour and milk with it, turned it into food for their animals, used the burrs for decorations, used the wood to build their homes and used the bark for shingles.

“It was their economy. It was more than that ... The whole world was defined by chestnuts,” said Ross.

Chestnut trees grew an average of 100-feet tall and five feet in diameter. One record Ross found said it took 14 people joining hands to circle around one tree. The family then used the one tree to build their house and barn.

“I didn’t know they were so big,” said Judson after listening to the lecture.

Ross said sadly, “But when the blight came, everything changed.”

A fungus was accidentally imported that wiped out the American chestnut in the late 1930s. Now scientists are working to back cross-breed the chestnut to make it blight resistant. A 9/10 American chestnut tree is just about ready to be distributed.

“I love that tree,” said Ross. “Not just for its beauty, but for the role it played in Appalachian life.”

She urged people to join the American Chestnut Foundation, www.acf.org, and work to bring the trees back.

Some people in the crowd came to the meeting specifically to hear about the chestnut tree. Fred Jones from Mount Airy said this is what brought him to the meeting.

Matt Edwards, director of the Mount Airy Museum of Regional History, wanted to come to the meeting to forge ties with the members of the society. He said their role in preserving history is extremely important for local museums.

“We’re a small museum. The relationship with volunteers is critically important,” he said.

With a limited number of employees, the museum can only undertake a certain amount of research.

Another story dear to my heart, from Appomattox Area News: 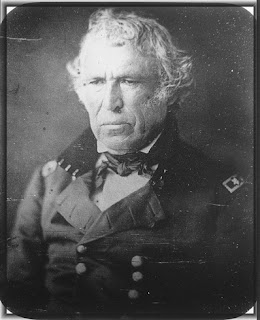 The Zachary Taylor Presidential $1 Coin is the 12th coin released in the United States Mint’s Presidential $1 Coin Program. The coin, released to the Federal Reserve banks on Thursday, November 19, features a bold portrait of President Taylor on the coin’s obverse (heads side) and the Statue of Liberty on the reverse.

The society holds an annual meeting each November in which the community can take part. Society members meet regularly throughout the year to discuss how to preserve the county’s history.

Yes, Dear Reader, that stern gentleman is Zachary Taylor-- soldier, statesman, Virginian and father-in-law of Jefferson Davis. Davis was a soldier when Taylor's daughter, Sarah Knox, married him. Her father, who had been Davis's commanding officer during the Mexican War, had not approved--not necessarily because he didn't like Davis (though knowing him personally might have given him increased insight into the enigmatic personality), but Taylor did not want a soldier's life for his daughter. Sadly, she died a few weeks later leaving her young husband devastated. Taylor's other daughters married soldiers as well and his son, Richard, became a lieutenant general in the Confederate Army.

To Zachary Taylor, an extraordinary man.


Bobby Byrd has had an incredible week with two milestones--becoming the longest serving member of Congress and celebrating his 92nd birthday. The West Virginian is legendary, not only for his legislative longevity, but for his musical ability.

Perhaps his gift for oratory and his prowess with a bow come from the hills of North Carolina, North Wilkesboro to be exact.

The illustrious U. S. Senator was born Cornelius Calvin Sale, Jr., in 1917 and when his mother died a year later in the flu pandemic, his dad dispersed the kids among relatives. The baby went to Titus and Vlurma Byrd, an aunt and uncle who renamed him Robert Carlyle Byrd.


His birth in North Wilkesboro explains a lot about the tenacious politician and we'll write more about that later.

In the meantime, a toast to a fine fiddler!!! 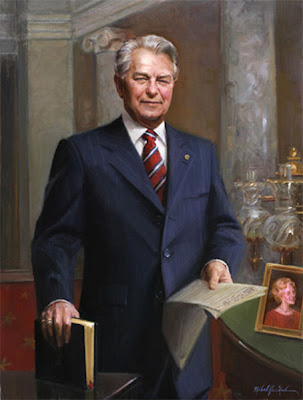