Polo on the Plains 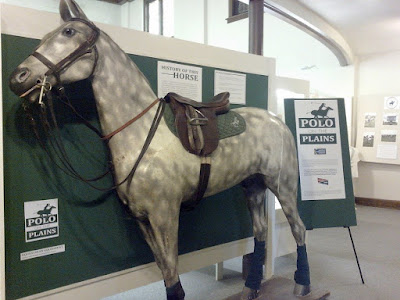 I had gone to Hays City with Karla Jennings, co-owner of Around Kansas. She was headed to the Spa at Rock Haven, a few miles south of town for a day of rubs and wraps. I was headed to the Ellis County Historical Society to see the exhibit on polo. Yes, that is p-o-l-o.

Director Don Westfall enthusiastically toured me through the exhibit. It is really interesting. Who knew the ranches and even some of the oil companies had polo teams in the 1920s?  The state has two teams now -- one in Liberal and one in Wichita. They will play an exhibition game in Hays on July 11. "Polo on the Plains" is free and will be held at the Bickle-Schmidt Sports Complex on the Bypass in Hays. Starts at 7 p.m. If there is enough interest, there is a possibility of a second match in September. 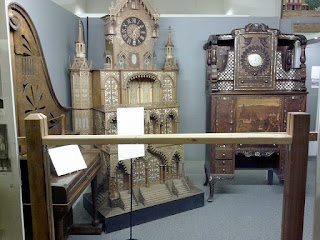 There is so much to see in the re-purposed church that houses the ECHS. The elaborate clocks created by Russian immigrant Justus Bissing are simply treasures. The remarkable craftsmanship is something you simply have to see to believe.

Other exhibits highlight the careers of legends Wild  Bill Hickok, one-time sheriff of Ellis County, and Buffalo Bill Cody who built the short-lived town of Rome nearby. 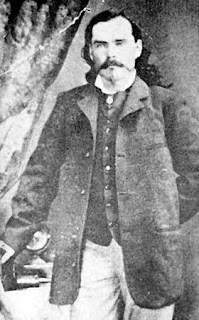 There is a very interesting exhibit on Billy Dixon, the famed scout and buffalo hunter. Last year, an archaeological dig was conducted at the site of Dixon's trading post near Hays and many items that were discovered are on display. 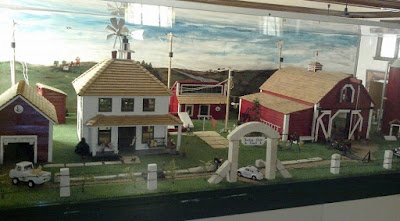 The balcony of the "sanctuary" is devoted to children with displays of toys and lots of areas for hands-on learning. The diorama of a farmstead is just incredible--complete with post rock fences. 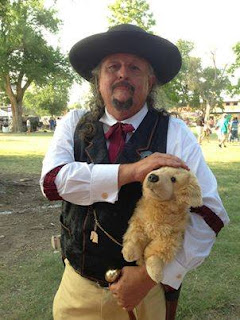 While I was visiting with Don and Janet, who mans the front desk, Dave Wood of Colorado arrived. Dave is an historical interpreter who portrays Hickok. He will a feature of the Wild West Festival going on through July 4th. Wish I could have stayed to play a game of faro!

The Polo on the Plains Exhibit has been extended so make sure you get by to see it. Tell them Deb sent you!

Oh, and while you are there...don't miss the gift shop. I came away with the West of Wild Bill Hickok by the late Joseph Rosa. It is an invaluable resource. 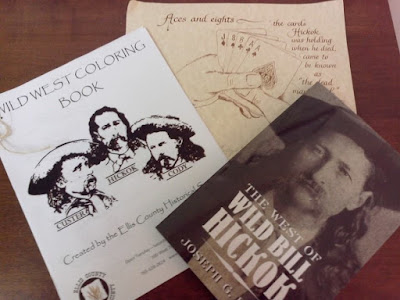