So many things I wanted to write about this week but I just returned from a friend's funeral and it has shifted to my focus a little bit.

Command Sergeant Major Jack Elliott spent 42 years in official service to his country and the remainder of his 85 years on this earth serving unofficially. His efforts for the Museum of the Kansas National Guard at Forbes Field in Topeka have been crucial to that facility. Visiting with Adjutant General Lee Tafanelli, we agreed that Jack had the ability to make people feel important, like they were special. When the Chaplain asked all the Command Sergeant Majors and general officers to stand, there were more than two dozen who rose from their seats. Men like Don Ballard, recipient of the Medal of Honor, came to honor their friend. What an incredible tribute. 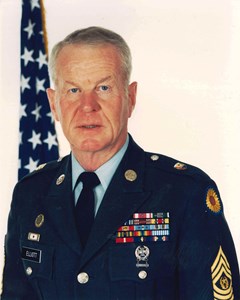 The most moving tribute though came from Jack's grandson, a student at Topeka High School and a member of the school's JR ROTC. He spoke so lovingly of the man who raised him. He spoke of how the state was going to take him from his mother and put him in foster care when Jack and his late wife, Betty, already long past retirement age, took him in. He listed all the things Jack had taught him, not by talking but by living. This young man received a well-deserved standing ovation.

I glanced around and estimated half of the attendees must have been veterans, some of whom I knew, and I knew some of their stories. I felt humbled, truly, to count so many of them as my friends.

For more years than I can remember, on Memorial weekend, Jack and our friend, Dale Vaughn, drove hundreds of miles to mark the graves of hundreds of Civil War veterans with flags and flowers. He was teaching a new generation to do the same.

He has asked that in lieu of flowers, memorials be made to the Museum of the Kansas National Guard, an entity that many of us often referred to as "Jack's Museum." I hope that if you find yourself in Topeka you will honor Jack's memory, and that of all of our Guardsmen, by visiting. It will enrich your life.

Godspeed, Jack. We will miss you. 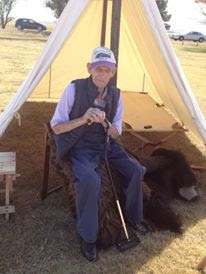 I was privileged to spend time in the company of another veteran over the weekend, Dr. Jake's dad, John Bauer of Utica. We rode up to Castle Rock and then went to the Wertz Street Social Emporium in Utica for supper with family and friends. (Mark Bauer cooks an awesome steak!)

John arrived in Europe just in time for the Battle of the Bulge. Unlike my friend Jack, John came back to Kansas and made a life outside the service. Much like Jack though, the commitment to country and family defined his life. He was a first generation American, the son of a Russian emigrant. His life has been rich in every way that counts. As we were driving, he pointed out the place where his late wife was raised.

"That's where my Honey was from," he said, and it made me think of Jack and how he talked of Betty.

Jack was a little young for World War II; (I think there might be seven years difference in his and John's ages) but these two me really reflect the greatest generation.