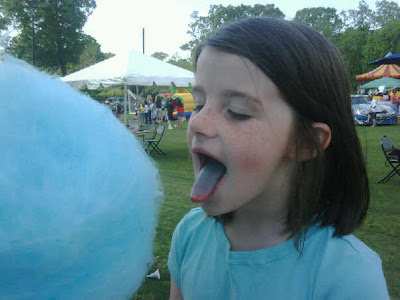 There is no greater joy for an historian than finding a diary, heretofore unread, written by someone who lived through momentous events -- the battle at Gettysbury, the burning of Et-lanta, Stoneman's Raid. There is no greater woe than to reach those dates only to find the diary entries scant or missing entirely. Why? Because there was no time to write. So much was happening so quickly, there was no time to document it all. By the time the writer got back to keeping a journal, there was no point in recording what had happened days or weeks earlier.

That's where I find myself, Dear Reader. In preparing for the upcoming nuptials and remodeling a house, I haven't even had time to do my nails much less write about the momentous goings-on of present day or days gone by. I wanted to write about the passing of that great American Fess Parker, and I am not being facetious when I say that. Here was a man, idolized by millions of children, who recognized that and lived in such a way that he would not tarnish the names of Daniel Boone or Davy Crockett, the men he so wonderfully portrayed. I would so like to have known him. Tom Perry did a very nice tribute on his Free State of Patrick blog so check that out. I wanted to write about the discovery in Tombstone of the coroner's reports following the shootout at the OK Corral (These should be online shortly if not sooner). Alas, no time.

I so look forward to a home and an office where real work can be done. . . . Alas! Life gets in the way!

Top photo: My granddaughter, Lulu, who will be my maiden of honor at said nuptials. . . . Baby blue, white and silver will be our colors. . . . Cotton candy all around!
Posted by Deb Goodrich at 6:59 AM

I often look at my journals and realize that if someone were to find them long after I'm gone, they would find very little about world events or politics. Makes me feel a little lacking until I remember how much Jane Austen neglected history in her wonderful books. Not comparing myself to Jane, mind, but sometimes I think the personal story is more important. So keep us posted about you!