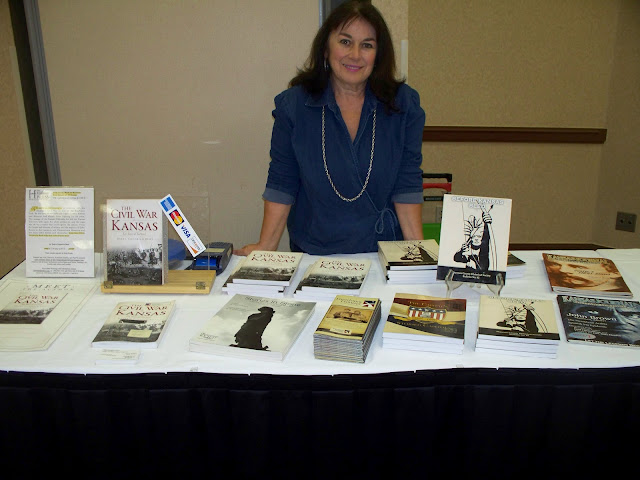 My good friend, Louis Kraft, has written Ned Wynkoop (below) and the Lonely Road From Sand Creek (University of Oklahoma: 2011). I will have a review soon. Louis has the habit of finding people worth knowing and sharing them compassionately and eloquently. Ned Wynkoop is one such individual. This article appeared in the Osage Chronicle (Burlingame, KS) on August, 15, 1868: 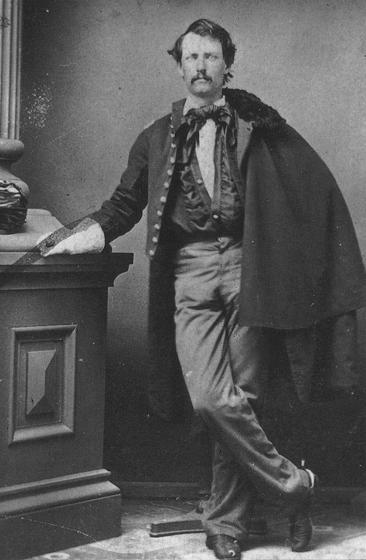 (Special correspondent of the Times)
EXCITING FROM THE WEST
Fort Larned, Kan., Aug. 5, 1868

A most fearful and appaling curcumstance transpired at the Fort last evening, the very recolection of which chills my blood with horror.
While a party of ladies and gentlemen were sitting in front of the beautiful quarters of Col. Ed. Wynkoop, as brave, gallant and courteous a gentleman as the West can boast, and who is now Indian Superintendent or Agent of several war like tribes, the entire party almost involuntarily commenced a beautiful song.
While the melody was ringing in the night air, a monstrous' shaggy and rabid wolf dashed madly into the midst of the party, first attacking Lieut. Thompson, 3rd U. S. Infantry, tearing and lacerating his limbs in a most frightful manner.
The monster then broke away, pursued by Col. Wynkoop and his chief scout, James Morrison, who had lost no time in procuring proper arms. Before either of these fearless gentlemen, however, could overtake him, the wolf had attacked the sentry at the guard0house, whom he also bit savagely, the sentinel having fired, but most unfortunately, missed his aim.
From the guard house the wolf next dashed over to the hospital and made an assault upon one of the men there stationed, almost tearing his right arm from his body, after first taking of a finger entire. He then attacked and mutilated a colored soldier of the Tenth Cavalry and subsequently entered the quarters of a laundress, while she was in bed; but owing to the thickness of the bed clothes, fortunately failed to inflict any serious injury on the poor woman.
The maddened creature next caughe sight of the sentinel at the haystacks, who almost providentially, shot him dead.
Besides Lieutenant Thompson there are three persons badly bitten and mutilated by this ferocious monster. What the result will be, God only knows!

I left the errors in tact. I think they reflect the excitement of the writer more than his ability. I was reminded of this incident because of a Facebook post from Fort Hays (KS) historic site: 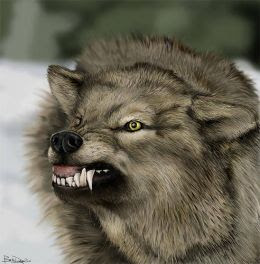 In the fall of 1872, a soldier at Fort Hays died as a result of being bitten by a rabid wolf and so pet dogs were required to be kept penned up lest they get bitten by a rabid animal too. The fort still had a problem with the disease the following year and after a rabid dog played a visit to the fort on September 2, 1873, further restrictions were instituted. Officers dogs were to be kept tied up but enlisted men, civilian employees and laundresses were not even permitted to own a pet. The obvious implication here was that officers could responsibly control the actions of their dogs while enlisted men, civilians and laundresses were incapable of doing so. Such was the military prejudice at the time.


The actual wolf pictured is not at Fort Larned or Fort Hays, but at Chernobyl. I figure if you've seen one rabid wolf, you've seen them all.


. . . . is now up at the Great Overland Station, North Topeka, Kansas. The highlight of this exhibit is the life-size (6'2') James Butler Hickok by artist Melissa Rau. This is worth the price of admission!


Gary and I had the great fun of being guests at the Corral meeting at the Golden Ox, legendary steakhouse, a couple of weeks ago. Lots of old friends present and made a few new ones. This was my first trip to this eatery -- the decor suited me well! Below, with painting of Buffalo Bill Cody, and toasting the cattle drive! Thanks, Honey, for driving and taking pictures! 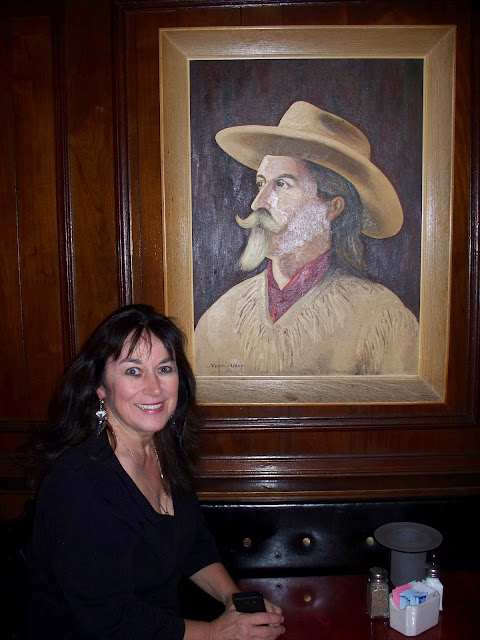 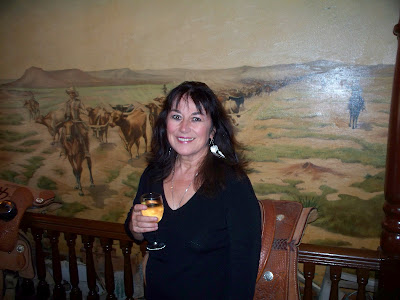 Too much fun! (top photo) At their annual meeting in Lawrence, I was invited to sell books. Again, lots of old friends showed up like Joe Houts and Bryce Benedict and Terry Hobbs. Made lots of new friends, too, like the undertaker in Lincoln, KS. Some days are just too good to be true. Wine and undertakers.
Posted by Deb Goodrich at 11:42 AM