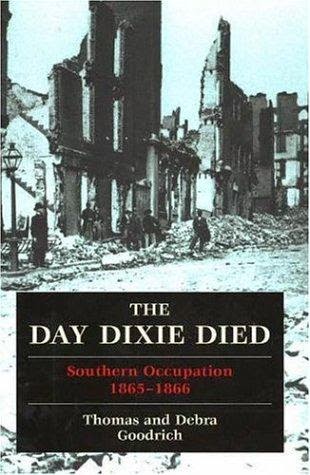 It had been a week of unparalleled, uninterrupted jubilation. Across its length and breadth, the Federal Union celebrated like it had never celebrated before. Millions of flags, great and small, were hoisted; hundreds of miles of bunting were draped or hung; cannons roared, rockets soared; men and women danced and sang, kissed and cried. After four bloody years of fear, pain, and frustration, the inevitable yet somehow startling words struck the country "like a thunderbolt."

"RICHMOND IS OURS," blared the headlines. "The Old Flag Floats over the Rebel Capital. . . VICTORY! THE UNION WILL BE PRESERVED!!"

"The news sped through the country on the wings of lightning," exulted the Chicago Tribune, "and lighted up the nation with a blaze of glory."


With the fall of Richmond, the Confederate capital, the North began the celebration. Years of war, war with its fear, anxiety, grief, expense, loss, and more losses--war that seemed it would never end. I heard a man from the Middle East comment the other day that he feared tomorrow. Tomorrow is a terrible thought. Americans had lived that way for four years. With the fall of Richmond, the end was within sight. With the surrender of the Army of Northern Virginia, seemingly invincible, peace was at hand. The relief was simply, overwhelming.

And there, in the midst of it all, stood Lincoln. Reviled, ridiculed, and insulted on every hand throughout the ordeal, he had kept his promise to preserve the Union, and in the process, had brought an end to American slavery.

Maybe he was okay after all. There was a spirit of forgiveness, of forgiving the president for the ordeal of the war. Throughout the North, there was hope and anticipation for the first time in what seemed like forever.

Then he was gone.


When lilacs last in the dooryard bloom’d,
And the great star early droop’d in the western sky in the night,
I mourn’d, and yet shall mourn with ever-returning spring.

From When Lilacs Last in the Dooryard Bloom’d

Take the time today to read this piece in its entirety.


It is impossible to describe the reaction of America, the depths of grief and guilt and anger. The night of April 14, Northerners took to their beds with their cities illuminated and their spirits buoyed. They awoke to dread, a renewed anxiety that shook the foundations of not only the Republic, but faith itself.

How could this be? Why? Why? Why? Why was he taken now? We didn't have the chance to embrace him, to express our gratitude. And now it is too late.

We build him monuments and hope that he somehow knew.