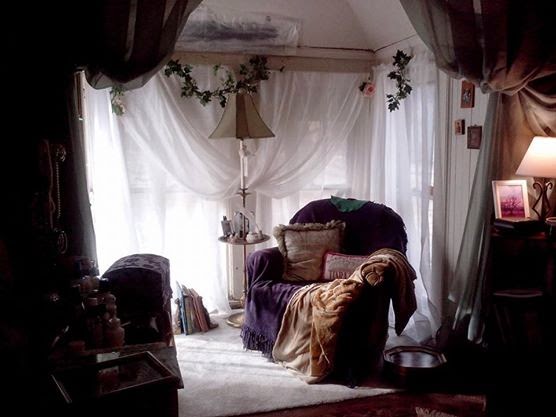 From this little alcove in my bedroom, I look up to Mausoleum Row and the Hurley Monument. The sun rises above them -- every day -- and rouses me awake.

When I moved to Topeka in 1992, I came to know the community through the cemetery. I joke, but it is true, that we Southerners "love dead people." I walked through the grounds, noting the street names and important folks, and then stumbled, literally, over the marker for Cyrus K. Holliday (below, with my red slippers). 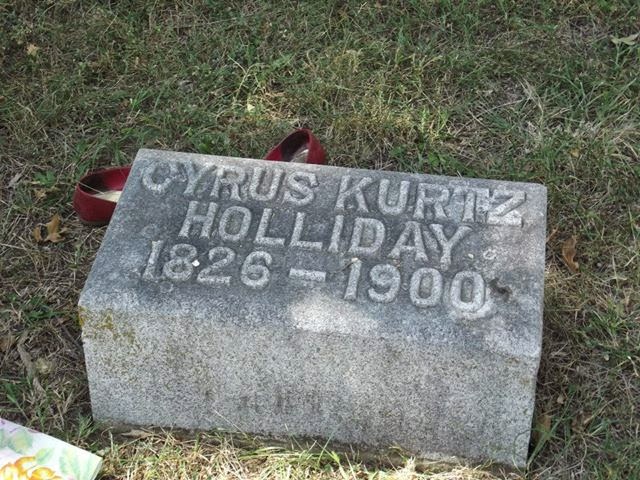 Now many folks in Kansas know Holliday because he is the founder of Topeka, founder of the Atchison, Topeka and Santa Fe Railway, and of Merchants Bank. I knew him because of the movie, Santa Fe Trail.

The list of historical inaccuracies is too long to repeat but the facts are these: J. E. B. Stuart (of my hometown, Ararat, Virginia) was in the Kansas Territory the same time as John Brown and Cyrus Holliday. Holliday, however, would not have been the old man that was depicted in the film. Only seven years Stuart's senior, Holliday would have been 30 years old in 1856, an optimistic, enterprising young man himself.

No matter. The film captured my imagination and when I stumbled over that grave marker, a modest memorial to such an incredible man, I knew I was meant to be in Kansas. Jeb had been here. Here. Right here. John Brown had been here. And, yes, even Custer though not at the same time! I looked around at the graves of people who, like Holliday, were not born in Kansas but made their marks here. I knew I could, too. 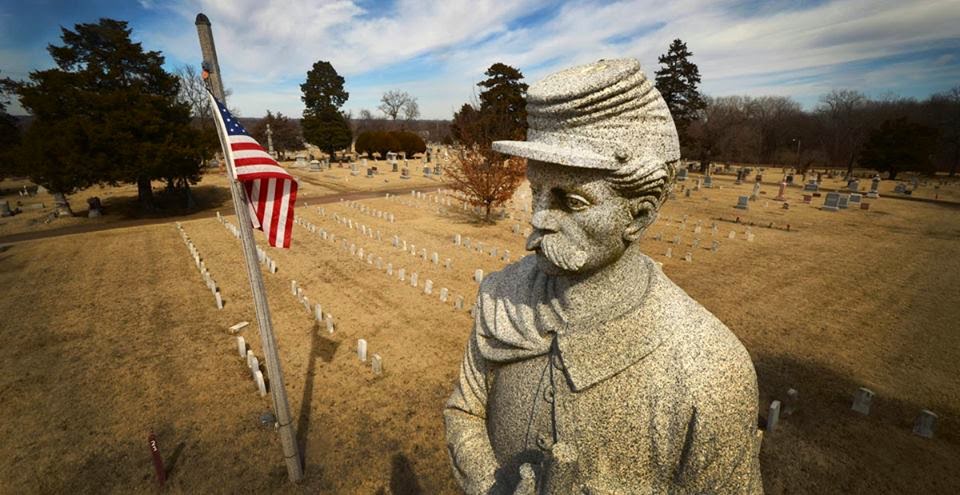 As fate would have it, I now live in this historic site. The home built by Pennsylvanian Franklin Crane in 1857 houses the cemetery offices and the second floor is an apartment where I am pleased to be the resident historian. It is sometimes more ruin than historic, but we are actively raising funds for the countless projects. This is truly sacred ground. More than two thousand Civil War veterans rest here, including at least three Confederates. Hundreds more join them, from every era, every conflict since the War of 1812.

A couple of weeks ago, Tiffany Rocque from CSpan visited me here and we filmed a couple of segments at the graves of Holliday and Vice President Charles Curtis. Those segments air on May 2 and 3. I am thrilled that this historic ground, often overlooked through the years, is once again getting the attention it deserves. The community deserves to know about it and its residents
as well. 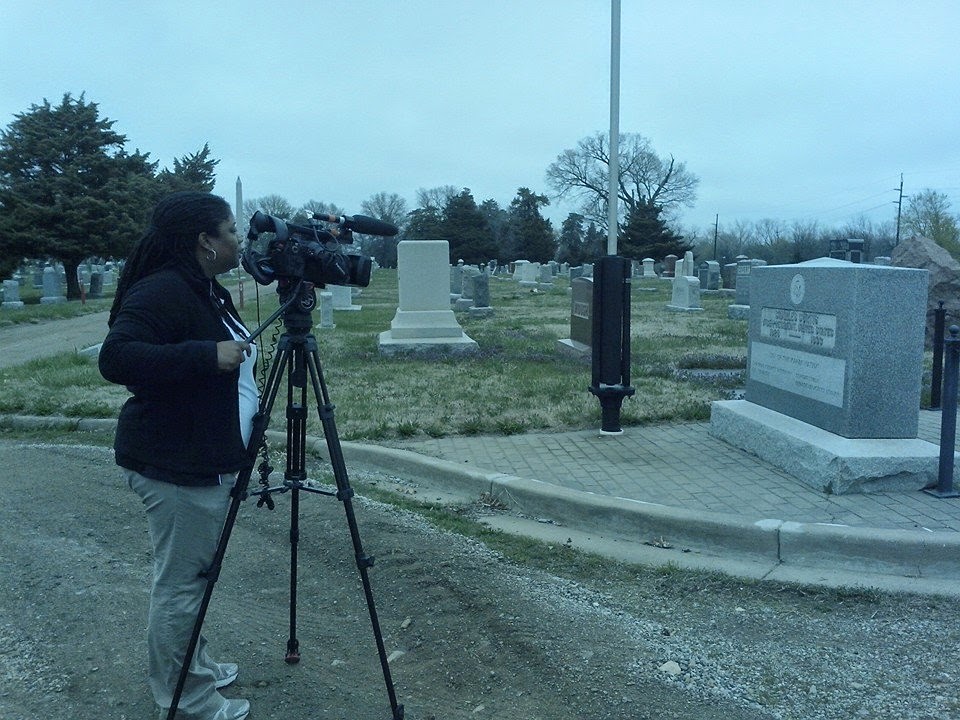 I am privileged to live in such an historic place. It comforts and inspires me. While the focus of this blog is primarily historical exploits and adventures, I have started another blog that allows me to write creative nonfiction and try to make some sense of life. I hope you will visit cemterydiaries.blogspot.com and let me know what you think. I will be starting yet another blog for my TV show, Around Kansas, and will share that link with you as well. 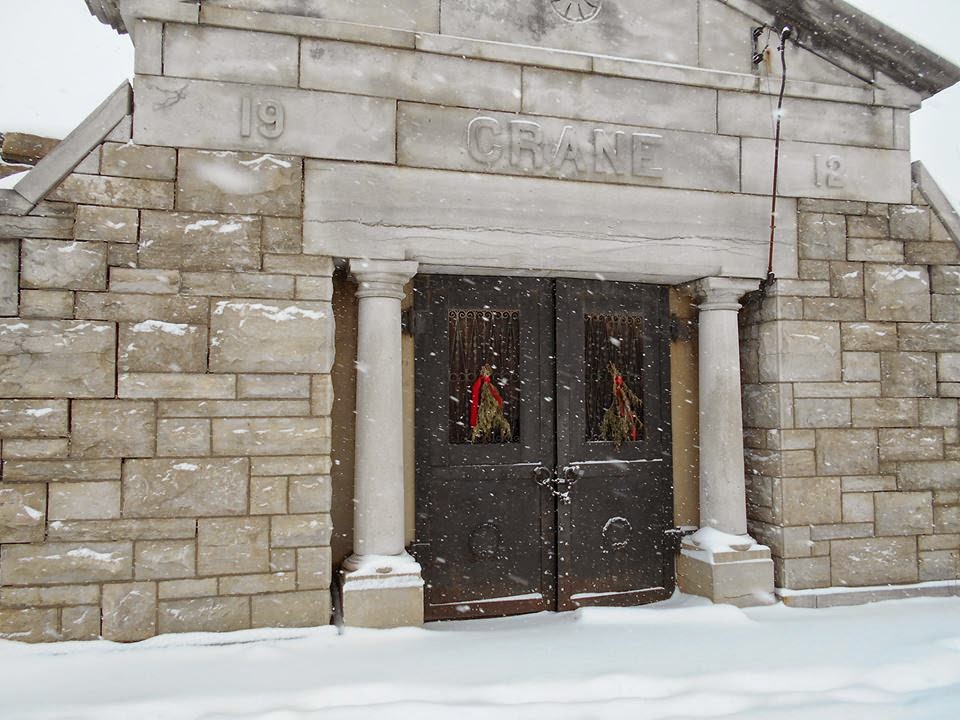