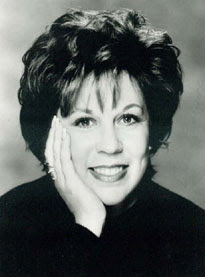 She's performing tomorrow night at the Topeka Performing Arts Center, so I visited on the phone and taped an interview that will air on the radio show today. Since I am technologically challenged, she was gracious and patient as I grabbed my producer, Steve Forman, from a meeting so that he could tell me to push the "ON" button for my microphone.


I explained to the patient Vicki that I was not in my own studio (where I have a sign telling me to push the "ON" button).

It must be difficult for very famous people to encounter the public -- a public that has invited them into their homes for decades and feels like they're part of the family. Vicki Lawrence is as familiar to me as one of my far-flung cousins, but I had to remind myself that she doesn't know me from Adam's house cat. I admitted that I was extremely jealous that she was able to land special guest, Fess Parker, on her own talk show a few years ago. We mutually swooned at the thought of that tall, rugged, drink-of-water.

We talked about "Mama," Vicki's alter ego and the costar of her two-woman show. Originally a sketch written for the Carol Burnett Show, Mama evolved into a regular skit and then a spinoff television show. The role of Mama, however, was written for Carol Burnett, not Vicki Lawrence. Carol wanted to be the spoiled daughter, Eunice, so she changed the roles.


It was also Carol who decided that Mama should be Southern, reflecting Carol's own roots in Texas. The writers feared it would be offensive. On the contrary, the public, including Southerners, loved it.

"Mama was a gift Carol gave me," said Vicki.


And it's a gift Vicki Lawrence has been giving us ever since.


Tickets are still available for Vicki's show and my interview with her airs on kmaj1440.com around 10:10 today. Hey, remember the night the lights went out in Georgia? Yep, the same Vicki Lawrence. What a talented gal. 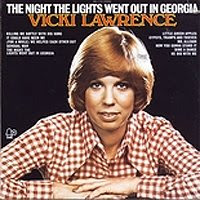 I loved Vicki on Mama's Family too.
She can always make me laugh. I still watch the reruns. The episodes could only be southern to make it hit home. From Mt. Airy, NC, Tammy.

Hey,
I've been trying to do something similar for the longest time, but I haven't a clue how to get get ahold of her. How did you manage and what was the number?
Liz