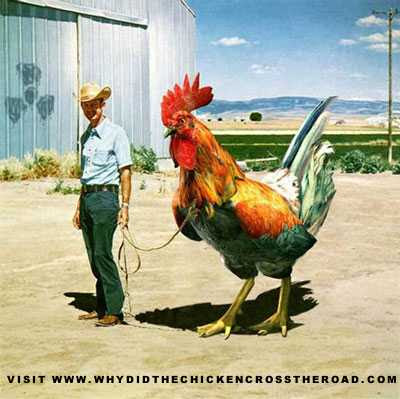 From my bud, John Arnold. Visit him at fallbackposition.com. Oh, and also visit the good folks at whydidthechickencrosstheroad.com. What a fowl site!
Posted by Deb Goodrich at 11:08 PM

Now, this is truly great. A classic.

Worthy of a special link on my blogger blog and my blogstream one, also.

The chicken should just ride a broom. He would be helping the economy by saving gas and the rising cost of fuel. lol!

That's what I did.

Who do you think shot the chicken?