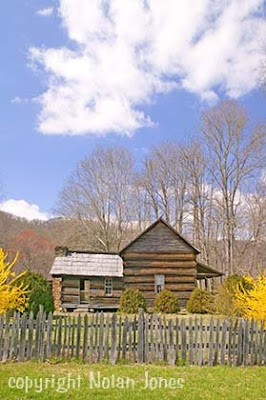 Pilfering through old diaries stored in the recesses of old libraries, I am often confounded and a little peeved that the big events are omitted. The reason, of course, is obvious. The soldiers were just too busy to write while the important things were happening.
That's been my life lately. Between moving, and moving, and moving and somehow trying to eke out a living with my various projects. (By the way, tickets are on sale at tpactix.com for my one woman show as Dixie Lee Jackson on June 26.)
Okay, at this time of the morning, while I'm on the phone, checking emails, making the beds--my greatest pleasure is watching Cheyenne and Maverick. On today's episode of Maverick, Bart encounters a witch in the Smoky Mountains. Talk about hillbilly stereotypes! Big unkempt hair, corncob pipes, slouch-brimmed hats, white liquor -- and the pronunciation and grammar! Hollywood has always taken liberties with Southern accents and eccentricities and rarely gotten them right. I want to recommend a book, as soon as I find it in my packing, that discusses the variety of Southern accents and how even folks in the same household may not be consistent. This was certainly true in our home. . . ah well, I'm headed to Hollywood to consult and remedy the situation.
I'll be seized by cats if I ain't scandalized by the portrayal!
(The photo is from hillbillyphoto.com....VISIT this site! It has some of the most beautiful images I've ever seen and makes me homesick!)
Posted by Deb Goodrich at 8:58 AM

Accents different within a household???
Deb, your Dad and two of his brothers spelled their last NAME 3 different ways!!!

I was doing a demonstration down near the North Carolina line and someone commented about my lack of a Southern accent. It's hard to explain against hillbilly stereotypes that Virginia mountain people don't talk like THAT!