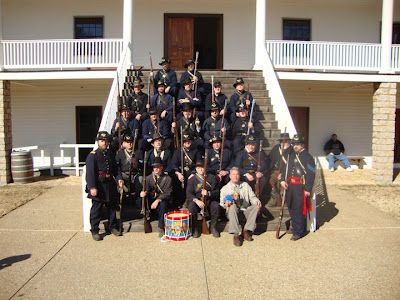 The state of Kansas is officially 150 years old as of Saturday. It was a grand day with unseasonably nice weather, and events across the state marked the anniversary.
What now?
I say the celebration should last four more years. When Bryce Benedict and I appeared on WIBW news with Ralph Hipp the other day, I referred to January 29, 1861, as a line of demarcation in that "second birth of freedom" that was our Civil War. Bryce disagreed, pointing out that freedom was still a ways off for a lot of people when Kansas became a state and that many of our founding fathers were not gung-ho for equality of the races or anyone else.
He's right, but so am I.
Just as the Declaration of Indpendence was a step, the Constitution was a step, the Emancipation Proclamation was a step, Kansas statehood was a step. The United States is not a done deal. It is a process. We are still making it happen. Our founding fathers gave us ideals and a process by which to bring them to realization.
It is up to us--each of us, all of us, every generation -- to carry the work forward. That is exactly what was happening 150 years ago in Kansas. There was a celebration and then Kansans set about securing the freedom and Union they had just proclaimed.
January 29 was just the beginning.
(Photo courtesy of Kendall Gott who is pictured in civilian clothing at the celebration at Fort Scott, KS. In his arms, his loyal hound, Stevie.)
Posted by Deb Goodrich at 10:23 AM