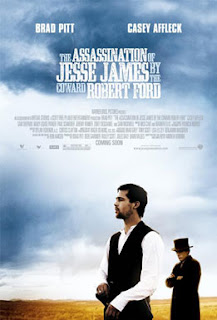 The assassination of Jesse James by that dirty little coward, Robert Ford, occurred on this day in 1882 at Jesse's home in St. Joseph, Missouri. The media had a field day that continued into the next century, and the next. Why are we still fascinated with this farm boy from Missouri?

Who knows? Those of us whose lives are more wrapped up in Jesse lore than others often speculate. We love losers who refuse to lose. Though some historians discount the impact of the Civil War on Jesse's criminal activity, I would submit they cannot be separated. Having ridden with Confederate guerrilla, Bill Anderson, Jesse witnessed, and no doubt participated in, some heinous acts. This would have a profound impact on such a young man. And, Jesse did try to surrender at the war's end. This excerpt comes from our book, The Day Dixie Died: 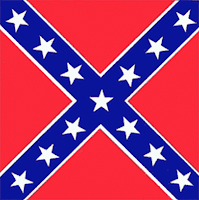 In late spring 1865, a slim young man, seemingly too slight and fresh-faced to have been a guerrilla, rode toward a Federal picket line just outside of Lexington, Missouri. With him were several others. Above them, waving on the point of a saber, was a white flag. As soon as the Yankees spotted the riders, they opened fire. Bleeding from a hole in his chest, the young man wheeled his horse and fled, vowing through the pain that he would never again attempt to surrender.
Less than a year later, in Liberty, Missouri, the eighteen year old returned. Reported a local newspaper:
Our usually quiet city was startled last Tuesday by one of the most cold-blooded murders and heavy robberies on record. It appears that in the afternoon some ten or twelve persons rode into town, and two of them went into the Clay County Savings Bank, and asked the clerk . . . to change a ten dollar bill, and as he started to do so, they drew their revolvers on him and . . . .
Jesse James and brother, Frank, along with Cole and Bob Younger, remained Rebels, not because they loved war or wanted to die, but because there was no other option.

Had Jesse been allowed to surrender, and been treated decently, maybe he would not have become an outlaw. Again, who knows? Because he could not surrender, his path seems almost certain. It simply was not possible to return to a life of farming. What has always fascinated me more is why, or how, older men who knew him well, like his brother, Frank, and cousin, Cole Younger, submitted to Jesse's leadership? That's incredible. When is the last time your younger brother ordered you around and you listened?

And yet another reason we're still talking about Jesse James is quite simply--it's a cool name. Jesse James . . . just rolls off the tongue . . . .
Posted by Deb Goodrich at 8:11 AM

A branch of the War of Northern Aggression that I need to read up on.

Remember references to the "Redlegs" from somewhere in the past. Wikipedia does not have an article on them! Someone knowledgeable needs to correct that. But there is a great one at http://skyways.lib.ks.us/genweb/archives/1912/r/red_legs.html. It is taken from a Kansas history. As I said once before, the views of The War vary so much in different parts of the country.