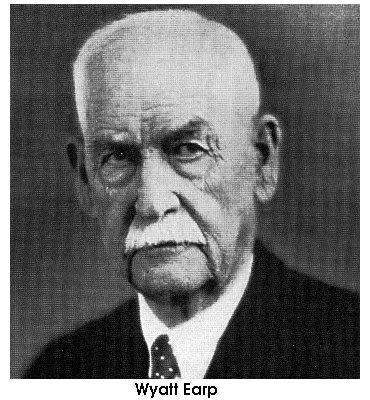 Yesterday was the anniversary of the most famous shootout in American history. Depicted in countless movies and TV shows, the incident that occurred near the O. K. Corral in Tombstone, Arizona, has been debated and debunked, idealized and strategized.

Unscathed in the incident was the most famous of the Earp brothers, Wyatt (above). Luckier than his siblings, he lived long and unwounded. This photo was taken just a couple of weeks before his death at the age of 80. This is my favorite picture of him. It is an image of a man to be reckoned with, even at 80.