I was just visiting with my friend Lee Wright, patriarch of a talented family and chief fundraiser for our local public TV station, KTWU. Many good things can be said of Washburn, but KTWU is truly a jewel in its crown.

KTWU's big fund-raising push is coming up this weekend and a highlight will be our very own Kansas performing with Washburn's symphony. This is a recording of a live performance at White Concert Hall earlier in the year. The event quickly sold out so if you are among the thousands who missed it, this is your change to correct that omission. It airs from 8 to 9:30 pm Saturday night (Chanel 11 in most areas, though KTWU covers a third of Kansas and a little bit of Nebraska and Missouri, so check local listings if you're in doubt.) 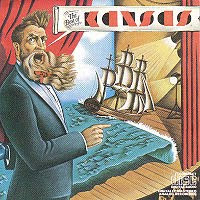 Growing up in the Blue Ridge Mountains, my only connection to the band Kansas was that of faithful fan--like millions around the world. My betrothed, however, is a little closer. Back in 1969, he was playing keyboards with a band called "Rain." Other members were Jeff Glicksman (who went on to be producer for the band Kansas), Dave Hope, Richard Williams and Jim Craig. Gary recalls that now-famous guitar rif that opens "Dust in the Wind." It was Richard's "finger exercise" to warm up for a show. Later, Kerry Livgren would find just the right words to catapult that tune to the top of the charts. During February's concert, Kerry performed with his former bandmates, a highlight that thrilled old fans. The current line-up of Kansas is: singer/keyboardist Steve Walsh, guitarist Rich Williams, violinist David Ragsdale, bassist Billy Greer and drummer Phil Ehart. The 50-piece Washburn Symphony Orchestra accompanied the band, conducted by Larry Baird. Guitarist Steve Morse was featured as well.

Lee Wright commented that Ehart will be in the studio live for the fund-raiser. (Ehart, Livgren and Hope attended Topeka West High School.) The DVDs and CDs from the concert will be premiums for pledge-makers this weekend.

Raising money is a tough proposition in this economy, and Lee recognizes that some people may not have the same resources they have had in the past. The public support of KTWU remains healthy, however, and a big reason is quality programming like Sunflower Journeys.

Tune in this weekend, and when you call in your pledge tell 'em Deb sent you! 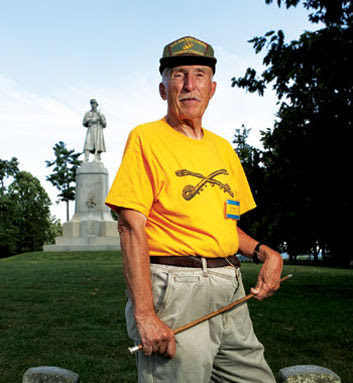 To call Ed Bearss a legend is understatement. To call him a national treasure is fact, not flattery. To call him old is well, accurate but misleading.

At well past 80, Ed is unstoppable. He has an appearance schedule that would stagger a man a third his age. If we could harness Ed's energy, our crisis would be solved.

So, it's no surprise to see that Ed has a new book except to ask, "When on earth does he have the time to write???"

Jerry Brent, Executive Director of the Central Virginia Battlefield Trust, along with the Blue & Gray Education Society are offering Ed's book as a way of supporting battlefield preservation. Receding Tide: Vicksburg & Gettysburg: The Campaigns that Changed the Civil War is available through this link.
http://cvbt.org/BGES_CVBT_Bearss_Book_offer.html

While you're at it, Adam Goodheart had an excellent profile of Ed in Smithsonian Magazine in 2005 ( The photo above was taken from that article.) http://www.smithsonianmag.com/people-places/bearss.html
Posted by Deb Goodrich at 7:20 AM