The neighbors weren't home so it was the perfect time to go over and pry their small, screened outbuilding off its foundation.

Gary had these five-foot-long, 2,000 pound pry bars (maybe they weighed a little less) and while he lifted the building I quickly stuffed a brick under the bottom. What had been an aviary for the neighbor (until the raccoons got his birds) will be a garden shed for the Bisels.

We had permission to lift the building, but would anyone have asked? Years ago, in a Mayberry far, far, away, Dewey and Verlie Hill were sitting on their front porch enjoying the summer breeze when a crew showed up at the log tobacco barn across the road and began to dismantle it. This is Mayberry, so everyone waved and the Hills watched as these hardworking boys loaded century-old logs onto their flatbed truck and drive away.

A couple of days later, the neighbors came knocking.
"Our barn is gone! Did you see where it went?"

"It went thataway," said Dewey, pointing away from town. 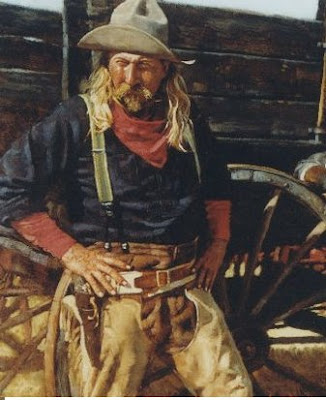 One of my favorite ways to spend Sunday is in the cafe at Barnes and Noble with a cappuccino and a stack of magazines. Occasionally, I buy one.

Noel and I filled a basket with reading material and settled in by the window to watch the world go by and read particularly interesting excerpts to each other.

If a psychologist were examining my selections, I'm sure I'd be in a treatment program somewhere because they are always eclectic. I don't subscribe so much any more, because I can't afford to subscribe to all the magazines I love, but I also love going in and being surprised by the new issues and choosing which one deserves to come home with me. So between Veranda, Country Living, Military History Quarterly, Wild West, True West, Better Homes and Gardens, Mother Earth News, Grit, Country French, Armchair General, The Cowboy Way, American Cowboy, Cowboys and Indians, Cottage Living, Midwest Living, Southern Living, Country French, Southwest Art, a couple of books and poetry reviews--it sometimes takes two or three coffee refills.

To help narrow your own choices, here are a couple of gems I found yesterday:

The Cowboy Way--great article by Guy De Galard on the Artist Ride in which my friend Robert "Cowboy" Culbertson participated. Cowboy (above) posted on Facebook that it was good to do some hard riding, but he did some hard posing along the way. The photograph and subsequent painting of his iconic self are worth at least a thousand words. Maybe a thousand and one. 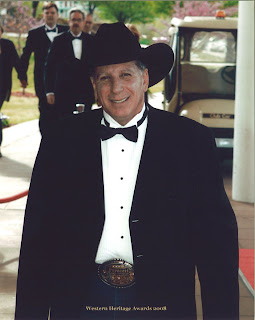 Also in The Cowboy Way, friend Dan Gagliasso (left) has a tremendous article, "Cowboy Cavalry Under Fire: Roosevelt's Rough Riders." Dan always delivers on solid writing with a compelling subject. My history buds are going to love this one.

Military History Quarterly--an exceptional issue. The United States has deployed the whole of its military might on eleven occasions, according to this article, to capture or kill ONE man. Among that elite and notorious group: Geronimo, Pancho Villa, Manuel Noriega, Saddam Hussein. This is a fascinating article with some compelling images.


Cowboys and Indians -- Mark Harmon on the cover. Enough said.

Flea Market Style -- One of the most fun and imaginative issues ever. The cover image says it all with a theme combining things I love -- old stuff and travel.


Now that I am sufficiently inspired, down to creating something -- though I can't decide whether to rearrange the guest room or take over a third world country. . . .