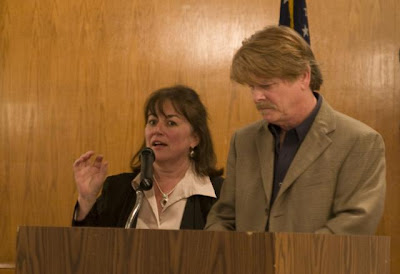 In this season of counting my blessings, I put friends at the top of the list, but next must be the internet. Somehow I missed the October issue of Wild West. (Lapsed subscription, perhaps?) Anyhow, as I was perusing Historynet I came across this great article by Johnny Boggs. The interviewee is my dear friend, Louis Kraft(with me, above), and his subject is Ned Wynkoop (below). Never heard of Ned Wynkoop? Well, Ned is worth knowing, and thanks to Louis, you will have the opportunity to meet him. This quote comes from Johnny's article: 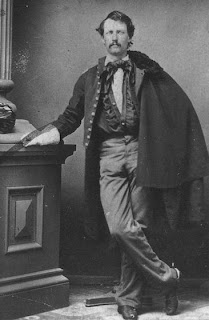 JB-Why have many historians overlooked Ned Wynkoop? LK-He is ignored by historians who only read what has already been published—a sentence here, a paragraph or two there. Like Lieutenant Charles Gatewood, 6th U.S. Cavalry, he, for well over a century, has been a footnote in history or relegated to the circular file. The reason is simple: Edward W. Wynkoop lived his life on the frontier his way. And, like Charlie Gatewood, he had a conscience and refused to accept the views of his times, the 1860s. This placed him at odds with the settlers, the press, the military, the government and even the Indians he worked with. Wynkoop’s stance during the 1860s Indian wars on the central and southern Plains turned him into a pariah. He dared to speak up against everything he thought was wrong.

Read the rest of this article at: http://www.historynet.com/magazines/wild_west

When I commented to Louis on the quality of the article, he replied:

Johnny's a good, good friend of mine. Actually, I need to talk to him about a writing project that I now won't get to until January 2010 at the earliest. . . . Johnny's a class act, a terrific person, one of the best novelists writing today, and I'm glad to call him "friend."

I'm glad to call Louis "friend." I am also encouraged that good people of conscience, like Louis, are applying their talents to history. Likewise Johnny Boggs.

I was so saddened to hear of the passing of Dr. Jerry Choate, well-known to many Kansans as well as those in the field of natural history. He had been a frequent guest on my radio show and was just a joy. Blessings to his family. His obit:

Among many other professional groups, Jerry was a longtime supporter and member of the Southwestern Association of Naturalists.

Besides his wife, Fi Choate, Jerry is survived by his son, Judd; and a granddaughter, Mahlon.

His body will be cremated and a memorial service in Hays is planned for a later date.
Through the Fort Hays State University Foundation, the Choate family is setting up a memorial for graduate students working in mammalogy at the Sternberg Museum of Natural History.

My Kansas friends will not recognize this name, but folks back home will. Tommy's family operated the Mountain Top Restaurant and Motel at the top of Fancy Gap Mountain, Virginia, (below) for generations.

When my older daughter, Karen, won Little Miss Blue Ridge, we went to have breakfast the next day and she took her trophy, crown and sash to show Tommy. Over country ham and buckwheat cakes, I commented that this honor had not gone to her head and what an humble little beauty queen she was.

Tommy laughed, and asked, "Is that so?"

He could see Karen behind me, primping and adjusting her crown in the mirror above the piano.

Tommy will be so missed I don't even have the words. He was a friend to me and to my sister, Denise, for so many years. We have so many wonderful memories as does his family and we send them blessings.

I had a grandson born November 30. I am reminded that we take our turn coming into this world and we take our turn leaving it. Let us make the most of our time here, be kind and considerate of one another, and appreciative of the blessings of the rich relationships God has given us. 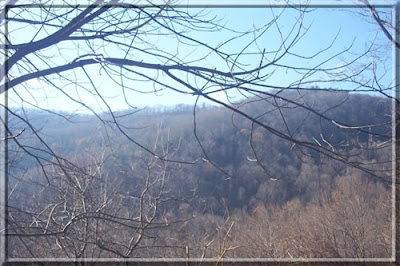