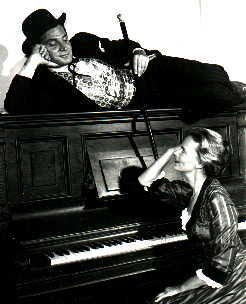 For most of us, names like Wyatt Earp, George Custer, and Buffalo Bill first came to us not through history books but through television and movie screens. Certainly that is the case with Bat Masterson.

My first memory of the dashing Western lawman was the dashing Gene Barry (right) who portrayed him on television. Gene Barry has died at the age of 90, after a long and accomplished career and a marriage that lasted 58 years until his wife's death in 2003. A salute to the man that brought Bat Masterson to our living rooms. For more on the real Bat, visit this article by my friend George Laughead: http://www.skyways.org/orgs/fordco/batmasterson.html 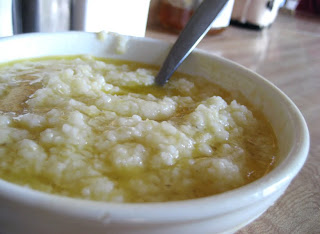 My sister shared this news article with me:

BOUTTE, La. – A 44-year-old woman was booked with second-degree battery after allegedly pouring a pot of boiling grits onto her sleeping boyfriend. St. Charles Parish sheriff's deputies said Carolyn Brown caused second-degree burns on the man's face and arms. The man told deputies that he came home from work on Nov. 7, got into an argument with Brown, told her that he was breaking up with her, then went to bed.

The Times-Picayune reported Brown was arrested Wednesday and booked into the Nelson Coleman Correctional Facility.

Well, assault is never a laughing matter but you can rest assured that not since the War (and you know which war I mean), has a Yankee been attacked through the use of grits so this is a headline you will only read in the South. Likewise, the news story out of Charlotte about a daycare provider selling two gallons of moonshine out of her childcare facility is uniquely Southern. In fact, selling moonshine at all is a story you're just not going to read up North, much less doing so out of a daycare center!

By the way, the moonshine jug pictured to the left could be yours for only $97. Visit http://www.euroluxantiques.com/Antique-Barware-Earthenware-Stone-Crock-Moonshine-Jug-P16958.aspx

And while we're shopping, want to buy a red jacket to benefit the Fisher House Foundation and the Wounded Warrior Project?

It’s not just any red jacket. It’s the red jacket Sarah Palin wore for the photo of the cover of her new book, Going Rogue.

Palin donated it for auction through radio talk show host Laura Ingraham’s show and Web site. All proceeds will go to benefit the two military charities. It’s getting pricey — as of the afternoon of Dec. 10, the bid had reached $7,500.

And last but not least on our shopping list today, the DVD of The Only Good Indian, directed by Kevin Willmott and starring Wes Studi, is now available on the website: theonlygoodindian.com. See my blog of a few days ago for a critique of the film. Better yet, just buy it and decide for yourself how good it is.
Posted by Deb Goodrich at 9:18 AM

You know, I remember seeing jugs just like that in my papaw's house when I was a kid. Moonshine? I had no idea!

Well, it was always in a Kerr canning jar at my house, under the sink for medicinal purposes!!