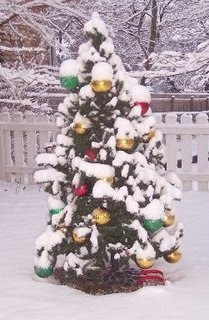 
Tuesday night our good friend Fred Chiaventone addresses the Kansas City Civil War Roundtable. Fred is the author of two of my favorite books, A Road We Do Not Know and Moon of Bitter Cold. It will be a great evening. If you can't join us, visit Fred's website, http://home.earthlink.net/~chiaventone/, and by all means, put these books on your Christmas list.

Noel and I took Number One Daughter and grand-daughter to airport Saturday morning in our first snow of the season. Even though we only had about an inch, the roads were really hazardous. If we saw one accident, we saw a dozen. We traveled safely, they arrived in Charlotte safely, and we had a wonderful holiday together. Despite what Tom says, it is not all about food.

I called this blog "Mason-Dixon Wild West" because I wanted to emphasize the links between the South and the Wild West. No life exemplifies that link more plainly than that of Doc Holliday. Author Ben Traywick writes:

John Henry's mother was a Southern beauty, and his father was a druggist, planter and soldier. Henry Holliday volunteered to fight Indians in Georgia in 1838, Mexicans in 1846 and Yankees in 1861. He rose to the rank of major during the Civil War, but sickness caused him to resign his commission in 1862. Two years later he moved his family to Valdosta, Ga., near the Florida line, when he realized that his old home was in the path of Union General William Tecumseh Sherman's "March to the Sea." The senior Holliday quickly became one of Valdosta's leading citizens. In 1876, he was elected mayor.

For the rest of this fascinating story, click on historynet.com.
Posted by Deb Goodrich at 1:24 PM

Sounds like a lovely Thanksgiving and more beautiful holidays ahead! Love the snow picture; we haven't seen any yet.

Okay, okay, you caught me. The snow picture isn't actually the snow we had early Saturday morning. It is a snowfall from last winter, January, I believe. The Christmas decorations were still out as they will be through this January. I just love the picture so much I wanted to use it!