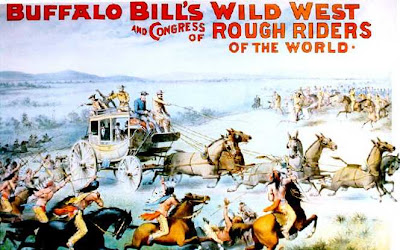 I've received some interesting emails and comments, and I'm afraid you'll miss them if I don't put them in the body of the blog itself. They are priceless. First, in reference to the "Love of My Life" column, about Buffalo Bill Cody, the following comment was made:
My Gawd! How can people mention that no good Jayhawker William F. Cody in the same breath with the likes of Marse Robert, Stonewall and Purdy? Cody was one of Gen. Blunt's RedLegs. He's no better'n Jennison, Lane and that backstabbin' brute Hickock.

I say we knock down all of his statues and burn Cody, Wyoming to the ground!

The Giant from Missouri!

Well, I believe I know who this giant from Missouri is. I'll try to protect his anonymity, but he's a deadringer for Major Johann August Heinrich Heros Von Borcke, that strapping Prussian who served on General J. E. B. Stuart's staff. I am reminded, however, of another member of Stuart's staff, Texas Jack Omohundro (right), who later toured with, guess who. . . YES! Buffalo Bill Cody! Texas Jack hailed from Richmond, and when Buffalo Bill visited that city, the crew visited with Omohundro's family. Bill had forgotten the grudges of an earlier time.

Bill had ample reason to hate Southerners. Bill's dad was stabbed by pro-slavery advocates from Weston, Missouri. He would die a year later.

The young man vowed vengeance and he got it. He became a Jayhawker, yes, though a reluctant one. Like many young men before and since, he was drunk when he enlisted and regretted it the next day. After the war, as evidenced by his relationship with Texas Jack, he held no grudges.

Shortly after Custer's command was wiped out at Little Bighorn, Bill "took the first Scalp for Custer" as quickly and remorselessly as he would have shot a rattlesnake. Later, he personally, and unsuccessfully, tried to broker peace at Wounded Knee. He took the responsibility for Indians who traveled with him, sometimes paying out of his pocket to send them back to America when they became homesick in Europe. His heart was simply too big to hold a grudge, except toward his wife. Bill was a lousy husband. Ah well. . . .

I love Bill Cody's generous heart and the way he boldly lived. I love him, even though he was a Yankee!

And here is another interesting email from a dear friend. I have changed her husband's name to protect his stellar reputation: 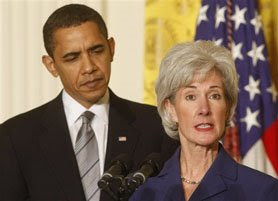 Sometime in the summer, there was a big thunderstorm. Apparently there was a leak in our roof (since fixed), but a brown stain seeped on to the ceiling in the bedroom. Last night, I was trying to decompress and was laying on the bed, staring at the stain. I started thinking how twisted it would be if the face of the Virgin Mary -- or Elvis -- or even Charles Manson -- could be seen in the stain. The stain does have a face-like appearance -- not photo perfect, but more of a shadowy look, like the Shroud of Turin. But try as I might, I couldn't put a name to the face. Then this morning, I looked at the photo on the front page of the Cap Jnl and I knew right off whose face is on the ceiling. Bubba (her husband) came in the room and I told him to take a long look at the stain and tell me what he saw. He said it's definitely a face. . . and it's familiar . . but he couldn't figure out who exactly. I showed him the newspaper and, freaking out, he said OMG --- IT's HIM! Go to http://www.cjonline.com/ and click on photo #3. Yes, we're lunatics -- but I'm not joking.