A Southerner in Pennsylvania 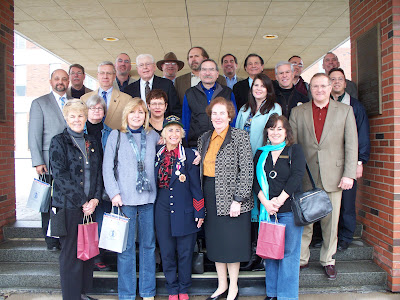 On Saturday, a group of us boarded a bus at the Union League in Philadelphia and headed for Carlisle Barracks, home of the Army's War College and, just off Post, the Army's new Heritage Center. Major General Bob Williams, Commandant of the War College (left), visited with us and described the role of the war college and then other officers joined us, including the Garrison Commander for a great tour and Q&A session. At the new Army Heritage and Education Center, Mike Perry and Lorraine were our guides and we were privy to the inner sanctum of the research facility. What a fantastic day. Great company and great adventure! I'll pos 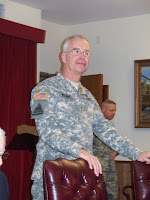 t more later.
On Sunday, I was among the distinguished speakers at the AMART symposium held in the conservatory at West Laurel Hill Cemetery. Many old friends were there and it was great to make new ones. The facility and the cemetery were gorgeous! Before the festivities, I couldn't resist a ride around the monuments with my camera. 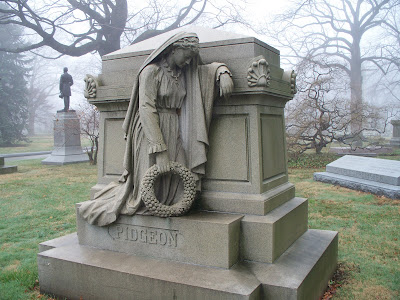