As they lay dying, Robert E. Lee and Stonewall Jackson called for A. P. Hill to bring up his division.

On this day in 1865, as the Confederacy was falling apart, A. P. Hill was killed as he demanded the surrender of his enemy. His men charged and recovered his body. He was buried as Richmond was burning. One of his soldier's penned this verse: 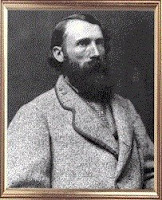 No Epitaph more noble or sublime
Hath e'er been written in all tide of time;
Nor yet can be. It doth all fullness fill
These -- Death's undying words -- "Tell A.P. Hill!"
Hill was already Fame's, and Jackson's death
Confirmed her verdict with his latest breath.
So LEE's last words, as his great heart grew still,
Were Fame's and Jackson's own -- "Tell A.P. Hill!"
"Prepare for action!" Ah, the action's done!
These three have met on fields beyond the sun.
But Fame endures, and shall endure until
Her trumpets cease to sound -- "Tell A.P. Hill!"

Hill's wife, Dolly, was left embittered by the War that had killed her brother, cavalry general John Hunt Morgan, and husband. She stopped using the name "Dolly" and returned to being called Kitty. In 1870 she married again, this time to a Louisville doctor named Alexander Forsyth. She bore him two children, but he fell ill and died at the Morgan home in the fall of 1875. She died on March 20, 1920 in Lexington, Kentucky, having outlived three husbands and four of her daughters (three from her marriage to Powell). She was buried on March 25, 1920 in Lexington, under a grave marked simply "K. Forsyth."

On the phone with Rob Hodge this morning. He is describing the recording of a Confederate soldier, Julius Franklin Howell, 24th VA Cav. Howell was north of the James River and saw the plumes of smoke coming from Richmond on the 2nd as the Confederate capital was evacuated and burned in the wake. Howell described the world in terms of "pandemonium" and it was. April, 1865, may be the most volatile month in American history. Each day found some momentous, and emotionally wrenching, event unfolding. 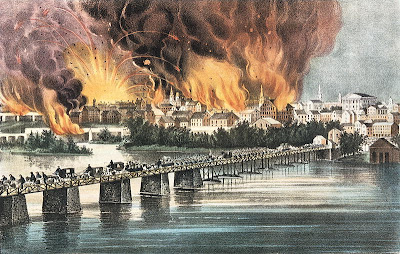