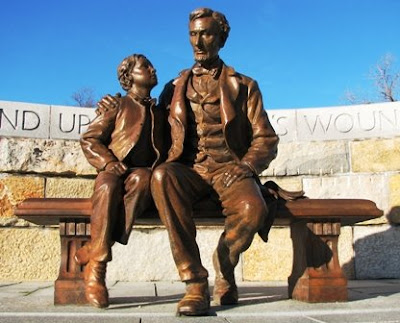 Abraham Lincoln walked into the smoldering city of Richmond on this day in 1865. His son, Tad, tagged along. (Not with him was his wife, Mary, who had desperately wanted to accompany him on this momentous occasion--but that's another story.) Most of the white citizens who were left retreated behind closed doors and shutters and grieved for all their losses. The Black citizens met his boat at the dock and flocked behind him as he walked up the hill toward the Confederate White House. The smell of whiskey, tobacco, tar, and smoke combined with the warm day made it stifling. Lincoln took a handkerchief from his pocket and wiped his forehead.
Surrounded by hundreds if not thousands of people, Lincoln entered the home of his Southern counterpart, Jefferson Davis. He sat at his desk, but he did not gloat. This victory had come at a high price. . . for the North and the South.
In recent years, a statue of Lincoln and his son (above) was placed in the Confederacy's capital. For a city of monuments, there was controversy over this one. There shouldn't be. At that point in time, Lincoln was the best friend the South had. Sadly, he, and his policy of "let them up easy," would soon be gone and the aftermath of this terrible war would become even more divisive. 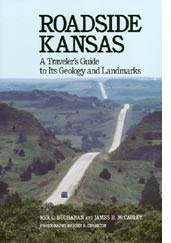 Last night, my friend Janet and I were invited to attend the annual awards ceremony for the Kansas Association for Conservation and Environmental Education (KACEE). While several educators were honored, the big award went to Rex Buchanan of the Kansas Geological Survey. In every Kansan's library is a book called Roadside Kansas written by Rex and my friend, Jim McCauley, with PHENOMENAL photos by John Charlton. For all you folks who think Kansas is flat and boring, get this book!!!! Both Jim and John were guests on my radio show and their knowledge and experience is endless. ( I nearly fell off my chair laughing when Jim got a question and pulled out his pocket guide to "Geological Eras" or whatever it's called.) 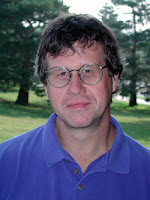 You can see more at http://www.kgs.ku.edu/. Visit this site. And again, I say, visit this site! The information and the photographs are priceless. What an incredible world we live in if we just take the time to explore and understand it.

Congratulations to Rex (right) on the John Strickler award last night and keep up the good work.
Posted by Deb Goodrich at 8:51 AM