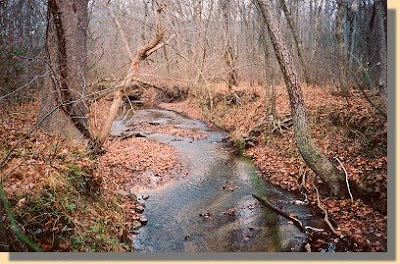 Andy Obermueller reminded me this morning that today marks the anniversary of the surrender of the Army of Northern Virginia. (Leave it to a Yankee to bring up such anniversaries.) There were many men from Patrick County there--among them, A. D. Reynolds, brother of R. J. Reynolds (yes, the very same.) Abram David Reynolds came back home to find guerrilla bands marauding, looting, and killing in the mountains. The only time he was wounded was after the war was supposedly over. 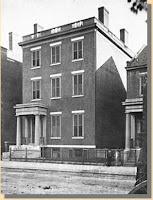 Robert E. Lee's surrender to U. S. Grant marked the end of the war in the minds of many, but not in reality. There were still armies in the field, prisoners of war in far flung prisons, hundreds of thousands of refugees some of whom might, or might not, see home. With the assassination of Lincoln, the fear that swept the country was palpable: Would the war start again? Would slavery be reinstated? Would the reunited country indeed split in two? Would four years of bloodshed be for nothing for either side?
I am often amazed that we psychologically survived the war and its aftermath, and as I watch history unfold around the world, I am continually amazed by the ability of man to survive and overcome. We are doomed to destroy but we appear equally compelled to survive and conquer.
It's a paradox.
And now dear friends, before retiring for the evening, a toast to Marse Robert and the Army of Northern Virginia.
(Top photo: Sayler's Creek, see earlier post; inset photo, home in Richmond where Robert E. Lee returned in April; for more accounts, see The Day Dixie Died; for more on Patrick
County in the War, visit freestateofpatrick.com; for more from Andy Obermueller, visit streetauthority.com)
Posted by Deb Goodrich at 3:18 PM

Yes, leave it to a Yankee, that's okay...he forgets that Southern Belles Homeland Security is on the job. If he gets a little too uppity we can handle him, I am sure!