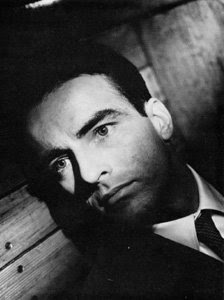 And what does that devastatingly handsome actor Montgomery Clift (above, and shirt-tail relative of Paul Miles Schneider) have to to with the Civil War? Read on. . . .

Again, Andy Obermueller emailed to remind me that on this day in 1861, Rebel forces began the bombardment of Fort Sumter, South Carolina. Unlike the other reminders Andy (the Yankee) has sent me, this one resulted in a Rebel victory when the fort's commander, Robert Anderson, surrendered on April 14.
Robert Anderson (below and below right) breaks my heart. A Kentuckian by birth, a Virginian by heritage, he was pro-slavery and pro-Union and all soldier--one of those quandaries of the Civil War. His pedigree is Southern from his stately bearing to his gentlemanly ways. He was a cousin to Chief Justice John Marshall (a Virginian) and one of his brothers was a Confederate sympathizer who moved to Mexico in hopes of establishing a Confederate colony there. 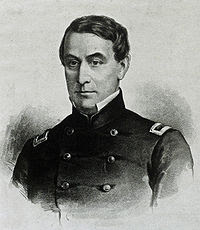 A West Point graduate, by the time the major commanded Fort Sumter, he was an experienced soldier, having served in the Black Hawk War where he both mustered in and mustered out Abraham Lincoln. He served in the Mexican American War where he was severely wounded.
The spring of 1861 found him defending Fort Sumter against the bombardment of his former West Point student, P. G. T. Beauregard. Such are the endless ironies of this war.
Acknowledging defeat, Anderson lowered the 33-star American flag, folding it carefully and carrying it North with him.
Four years to the day, he raised that same flag over Fort Sumter with a flotilla of Yankee ships cheering in Charleston Harbor. The ceremony brought tears to his eyes, as did the death of Lincoln which he learned only hours later.
Anderson was a good and honorable man and is buried in West Point Cemetery, next to George Armstrong Custer.
According to my sources, this handsome Kentuckian is also the great-grandfather of Montgomery Clift. Quality is sometimes inherited.
________________________________
Quote of the Day
"If a man don't go his own way, he is nothing." --Montgomery Clift as Robert E. Lee Prewitt in From Here to Eternity 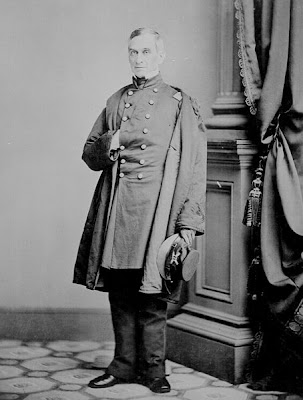 PS--The flag had 33 stars until January 29, 1861, when Kansas entered the Union. Obviously, there had not been enough time to update all the flags.
Posted by Deb Goodrich at 1:44 PM

Lots of irony passed through lives during the war...this is an interesting example!

Clift was in the film Raintree County with Elizabeth Taylor. I think it is one of the best star crossed loved stories set tot he backdrop of the Civil War that has ever been made. What a handsome, tragic man he was and so talented.