Steve Tennant, Fort Leavenworth's Command and General Staff College, snapped this photo of my helping with media training in his class last week. It was a great class--these guys just get better and better. I enjoy this more than relaxing on the beach, honestly! 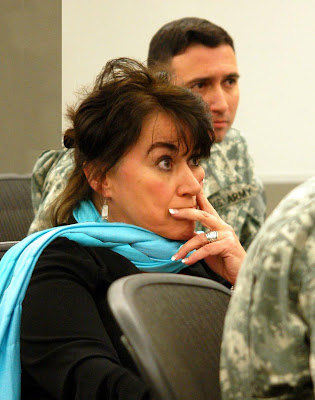 Freddy from Mayberry sent me these photos and I think they're just incredible. I'm emailing my friends in France to ask if they have actually driven this route. It reminds me of Eddie Hunter's discussion of the Bay/Bridge Tunnel a few days ago. I'm not sure I could navigate this, but it's really not unusual for us to drive above the clouds back home. I used to do it every day going up Fancy Gap Mountain. 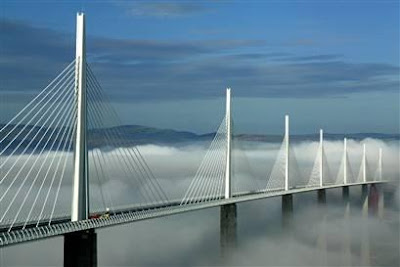 The Millau Viaduct is part of the new E11 expressway connectingParis and Barcelona and features the highest bridge piers ever constructed. The tallest is 240 metres (787 feet) high and theoverall height is an impressive 336 metres (1102 feet), making thisthe highest bridge in the world. It's taller than the Eiffel Tower . Interestingly, the Millau Viaduct is not straight. Why? It's because a straight road could induce a floating sensation as you drive across it. So, a slight curve remedies that feeling. The curve is 20km in range. Moreover, the road has a light incline of 3% to improve the visibility and reassure the driver. An amazing engineering feat! 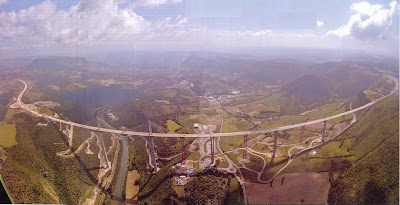 The last British survivor of World War I's grinding trench warfare was made an officer of the French Legion of Honour on Monday. French Ambassador Maurice Gourdault-Montagne awarded 110-year-old Harry Patch the medal at a ceremony in Patch's nursing home in Wells, 190km west of London, Britain's Ministry of Defence said in a statement. Patch, who served as a machine-gunner in the 1917 Battle of Passchendaele, told Gourdault-Montagne he was proud of the honour.

"Ambassador, I greatly appreciate the way your people respect the memory of those who fell, irrespective of the uniform they wore," he said in a> raspy, deliberate voice. "I will wear this medal with great pride and when I eventually rejoin my mates it will be displayed in my regimental museum as a permanent reminder of the kindness of the people of France."

Patch is one of only two surviving British veterans of World War I, according to the Ministry o 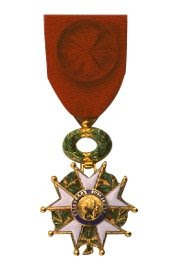 f Defence. The second, 112-year-old Henry Allingham, served as an airman. Patch had already been made a Knight of the French Legion in 1998, along with more than 300 other veterans of the conflict, in which more than eight million soldiers perished. An officer of the French Legion of Honour is a higher rank. Patch was called up for service in the British army in 1916 when he was working as an apprentice plumber. Thrown into the Allied offensive to take the village of Passchendaele, near the Belgian town of Ypres, he was badly wounded and three of his best friends were killed by shrapnel. Patch was due to return to France when the war ended in 1918. He went home, returned to work as a plumber, and raised a family. He didn't start talking about his war experiences until the 21st century.

Lord that bridge would scare me to death! I can't hardly stand to drive across the big bridge from Mount Pleasant to Charleston. Makes me nervous as a tick!

One of the bridge-tunnels that I noticed in my internet cruising is the one from Denmark to Sweden, the Oresund (http://en.wikipedia.org/wiki/Oresund_Bridge) across the Great Belt of the Kattegat. We all need to go there and experience all of these.