Geary and Hartford, a Tribute! 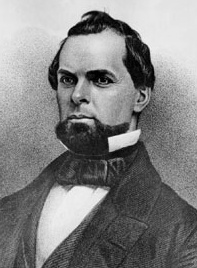 Kansas just would not have come to be were it not for the contributions of some pretty incredible Pennsylvanians. Today is the birthday of one of those--John White Geary. Actually, his time in Kansas was the low point of his illustrious career, but nonetheless. . . .

Geary was born in western Pennsylvania in 1819. He was smart and he worked hard. He was big--6 foot 6 and way over 200 pounds--much more rare in those days than it is now. It was a combination of his size and intellect that made him a natural leader when he served in the Mexican War. He returned to the United States a war hero, having been wounded five times. (He was a good-sized target.) Afterwards, he was appointed to be postmaster, then acalde, and finally, after statehood, the first mayor of San Francisco.

His life seemed to be one glowing success after another. Then came the Kansas Territory.

Appointed by President Franklin Pierce to be the territorial governor, Geary boarded a boat and headed up the Missouri River. What an incredible trip that must have been. Many of those events that earned the label, "Bleeding Kansas," occurred in 1856. As Geary was making his way to the fractious territory, he stopped in Missouri to visit with that state's governor, Sterling Price, another veteran of the Mexican War and a man who could match Geary inch for inch, pound for pound. What a conversation that must have been with these two giants sucking the air from the room. Anyhow, Price assured Geary that free-state travelers would be safe on the Missouri River. (This quickly proved untrue.) Another significant conversation occurred when Geary encountered Wilson Shannon, whose job he was taking. The two men apparently had an honest and open discussion of the situation, and to Geary's credit, he continued to Kansas.

Geary had good intentions. He tried to remain neutral in the seething political cauldron of the Territory. It simply was not possible. He resigned, thinking he would be reappointed, but was fired. He essentially fled for his life in the middle of the night, a prudent choice given that one of his staff had been assaulted by pro-slavery folks and there were contant threats to the governor himself.

With Kansas behind him, Geary rose to the rank of general during the Civil War and afterwards became the 16th governor of Pennsylvania.

Geary was intense and passionate, and he elicited great emotions in his subordinates, superiors, and peers alike. Geary was a vain man whose ambitions ran through the Commonwealth Capitol at Harrisburg all the way to the White House, was renowned for a short temper and a sharper tongue, and had a reputation as a strict disciplinarian. Lieutenant Lloyd would write his wife during the Atlanta Campaign, "General Geary, the bastard, is our division commander." Sergeant Charles W. McKay, Company C, 154th New York Infantry, recorded his impressions of Geary:


Gen. John W. Geary commanded the division. The General was a man of large stature, fine black eyes, very robust physique, and when mounted upon his horse was a figure of commanding presence. He was a strict disciplinarian, withal a warm-hearted, emotional man, and although some of the men feared him, they all respected him. We sometimes thought he was making our path wearisome by strict discipline, yet he made his division the crack one of Sherman's army."  (http://www.gdg.org/ a very interesting site!)

There are many monuments  to this accomplished man. In Kansas his memory lives on in Geary County, originally named for U. S. Senator Jefferson Davis of Mississippi. After Davis resigned and became president of the Confederate States of America, the good citizens of Kansas deemed it inappropriate to have a county named for him and chose to honor Geary instead. 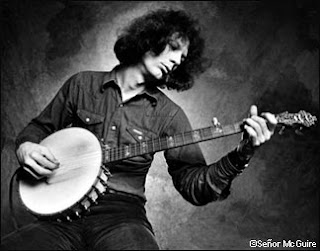 Today is also the birthday of the late John Hartford.  Joyful is the first word that comes to mind when thinking of him. So many of us recall the Glen Campbell show and how Hartford would stand in the audience playing his banjo and we were instantly smitten! If you are not familiar with the versatility and endless talent of this great, good man, visit johnhartford.com and prepare to meet a legend.

Jeff Broome tried to leave this comment and emailed me instead: So, Deb, did I read that your birthday was yesterday? If so, Happy Birthday. And that was John Hartford’s birthday too? I did not know that you and I share a love of the same music. I have been a fan of John Hartford since Aeroplane. And the Seldom Scene and Mike Auldridge? We can add Norman Blake, Tony Rice, Dan Crary, Doc Watson, Earl Scruggs and his Revue, Will the Circle Be Unbroken, and on and on…. Did I ever give you a CD of my guitar music? If not you would like it. Did I ever play for you? Michelle has heard me.
Bob Barth, the founder of Southern Rock (Blackfeet, Axe, etc.) has my CD and loves it. He went to St. John’s Military School for 5 years. My first year there was the first year he was gone, but I knew all his classmates. Years ago he was playing in Denver and was in a music store where I was and I was wearing a SJMS shirt and he saw it and started talking to me.
I have a long article coming out in the next issue of Fretboard Journal, THE guitar magazine. It involves letters I received and reflections on John Fahey and his music. It is 4 times the length FJ wants for feature articles, but they liked it so much they are going to make an exception. If you are bored and want to read the word document, let me know and I’ll send it.