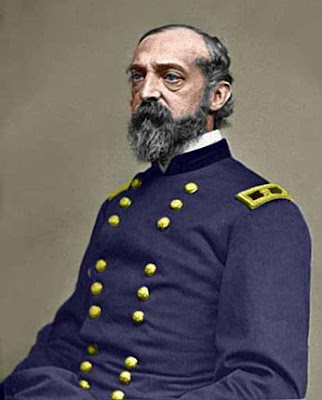 Oh, to be in Philadelphia today!

My dear, dear friends, the General Meade Society, are gathering in Laurel Hill Cemetery where they will toast and honor the victor of Gettysburg, General George Meade, born this day in 1815. Our hero, Andy Waskie, portrays the general and leads the march to his grave each year. It is a lovely spot, overlooking the Schuylkill River. There the assembled share bottle after bottle of champagne, toasting General Meade, President Lincoln, the veterans, etc., etc., until cases of bubbly have been consumed long before most folks have begun their New Year's Eve celebration. It is a grand tradition!! 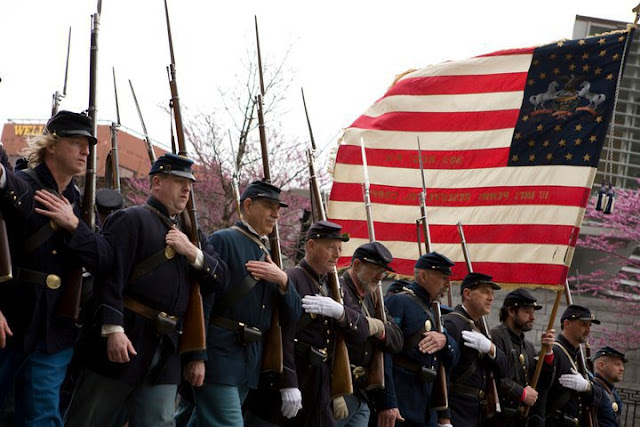 150th Anniversary of Lincoln's call for 'troops to defend Washington' parade in Philadelphia. Marching down Chestnut St to Broad and then to the site of the old train depot at Broad & Washington Sts. — with Robert Houston and Kenneth Gavin at Philadelphia PA 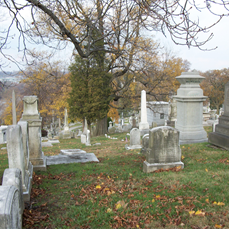 Laurel Hill Cemetery, looking toward Meade's grave and the river. Gary took this when we were there a while ago. Below, Andy Waskie as General Meade and his bride, CarolNeumann Waskie as Clara Barton at the Constitution Center, Philadelphia. 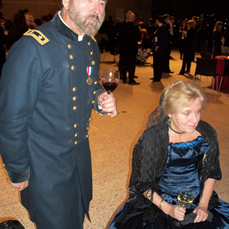 This is also the wedding anniversary of General Meade and his beloved, Marguerite, and of Andy Waskie and his beloved Carol Neumann, my lovely and dear friend. Happy Anniversary, and we will have a toast in your honor. Thank you for the excuse to imbibe.

Below, statue of Meade at Gettysburg. In Kansas, Meade is memorialized in Meade, the town, and Meade, the county. 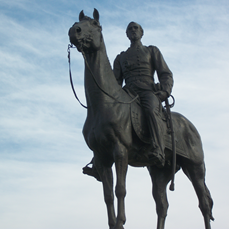