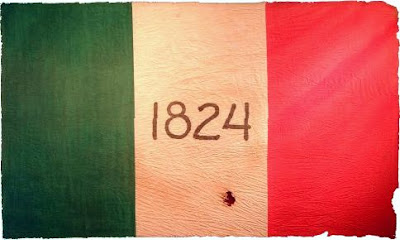 The flag went up at Barry Crawford's house today, so that must mean this is the anniversary of the beginning of the Siege of the Alamo. Every year during the anniversary, Barry, who is a professor of religion and devotee of Western history, flies the emblem (above) that is believed to have flown over the mission. How could an event that really involved so few people prompt academics in Topeka, Kansas, to wave a flag a hundred and fifty years later? For the next two weeks, on this blog and on Tom's, we'll feature authors and armchair historians who remain fascinated with the birth of Texas. You know, forgetting the Alamo is a capital offense in the Lone Star State. Keep reading, because you wouldn't want to end up in the chair, now would you? 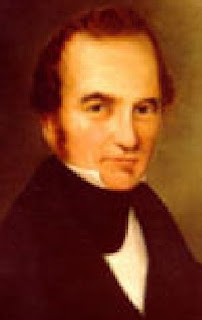 One sunny spring Texas day, around 6:30 a.m., Tom and I found ourselves addressing the Killeen Rotary Club. We stumbled in, not having slept much because we were camped at nearby Mother Neff State Park where the scenery is punctuated by the boom of cannon from Fort Hood. Anyhow, who is awake at this hour for heaven's sake? I mean, people are up, yes, they're moving around, but who's really alert? After a few minutes with these rabid Texans, we were. It's a large, dynamic group and at that early, serene time of the day, speakers were blaring that familiar tune, "The Eyes of Texas Are Upon You." The energy in that room could have lit Las Vegas. We stuffed down our breakfast burritos and stepped on the stage.

"Good Morning," I enthusiastically greeted the crowd. "Tom and I are thrilled to be in Killeen, but I'd like to begin our presentation with a little food for thought: It took Virginians to make a state as great as Texas!" 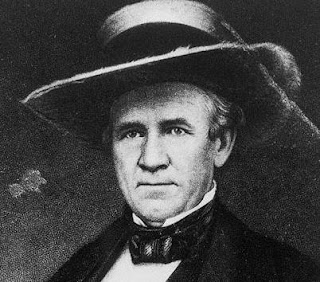 A few were perplexed, a few nodded knowingly, and I proceeded to brag about how Stephen Austin (above, right) and Sam Houston (left) were born in the Old Dominion. Tom just wanted to crawl in a hole at my display of provincialism. As soon as he had the chance, he took the mike away from me and I barely got another word in. Now I have this blog. . . .

Hey Deb!
I think we need an audio book version of Three Roads to the Alamo read by William (Jack) C. Davis himself, I could listen to him talk all night! What a charmer and wonderful person!
Think you could work on that one?
Michelle