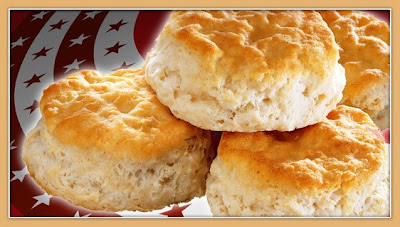 Etta Lundy died. She was 95 -- soft, southern, fluffed, and feisty.

Years ago, Daddy decided to go into the restaurant business. My sister Denise & I would operate said restaurant and we'd all get rich. We rented a space from Charlie Frye on Hwy. 89 near I-77, where the tourists from Ohio headed to Florida would pass by. Charlie Frye was a legendary curmudgeon with a couple of fingers missing. He'd always been good to Daddy though, and Daddy thought he would be able to get along with him. Since Daddy was also Charlie, the name of our restaurant was "Charlie's Country Kitchen." Etta and Rowena Goings fixed breakfast. 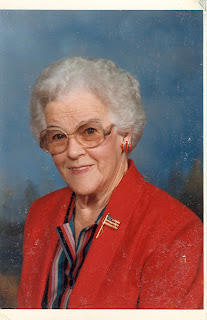 I can still remember her making biscuits, laughing the whole time, rolling and patting, adding a little sugar, instructing the biscuits to "rise real purty" as she placed them in the oven, wiping her dusty hands on her apron. Those were such sweet mornings with Etta and Rowena. I think they cooked together at the Boy Scout Camp at Raven Knob, too. Etta and Rowena were a pair--telling jokes and sashaying about. They were eternally exasperated with their husbands (a phenomenon I have come to understand.) Etta, propped on the work table, ranted, "That Gwyn Lundy! He's old enough to know better!" Rowena would then chime in, "Well, let me tell you what Clark Goings did. . . ." We would shake our heads in unison at what strange creatures men could be. The kitchen was warm with the smell of biscuits and bacon and the gossip and giggles of females. We worked hard and had such fun.

Of course, whatever trespasses Gwyn had committed, they were minor aggravations. Etta loved him dearly. I never heard Etta say anything bad about anyone, unless they were really sorry and deserving of such criticism.

After a while, it was plain that not even my Mama could get along with Charlie Frye. He made her so mad one day she thought of knocking him in the head with a shovel, then cried over the fact that she could even think such a wicked thought. We closed the restaurant and pursued other likewise ludicrous pursuits.

Since then, we would run into Etta, mostly at church, at the funeral home, once at the Round Peak Masonic Lodge Pancake Feed, and she would hug me and kiss me, her soft powdered cheeks brushing against mine, and she would squeeze my hands as she talked and tell me how she missed me and thought of me, of all of us.
Precious memories, how they linger! 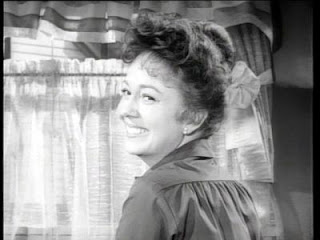 Betty Lynn/Thelma Lou (right) lives in Mount Airy now, and has for the past 18 months or so. She is a very sweet and gracious lady, and is ready with a smile and a kind word to all. 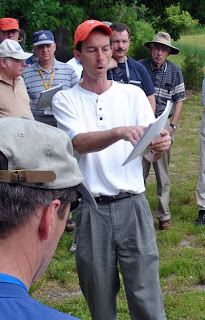 Bobby Krick (left) carries on the family name and legacy in his role as historian at the Richmond National Battlefield Park. He's coming to Kansas City to speak to our Civil War Roundtable, Tuesday, October 23. The public is always welcome though we hope you then join our ranks! This is a dinner meeting at Homestead Country Club and the cost is $20 per person. Email by Friday noon if you'd like to attend.

(I stole this photo from Hal Jespersen's travelogue--http://www.posix.com/CW06/--which is really interesting. Check it out! See all those folks straining to hear every word?)
Posted by Deb Goodrich at 8:18 PM

Etta Lundy sounds like she was a real sweet person. Your description reminds me of my granny. A sad loss for you and biscuit lovers such as myself.

Yes, Byron, she was a real sweet person. You & I are lucky to have had such people in our lives.

Deb,
Bobby Krick was FANTASTIC, despite the newsletter saying that he was going to talk about my beloved Stonewall...and it was the two brothers talk. It was still FANTASTIC!!!! You missed a great night, th great beaded one bellowed and pontificated as usual and fun was had by all. Dob Bated Jr. ditched the table with his daddy and sat by me...as Don Sr. said "Michelle, you see the apple didn't fall too far from the tree!" We had two seats at our table and they really wanted three you see. Missed you! Hope Indy was grand, sounds like it was! Look for Bill Kurtis and myself in Topeka on November 30th for a book signing....at the KSHS. I am sure it will be a hoot and holler of a good time!