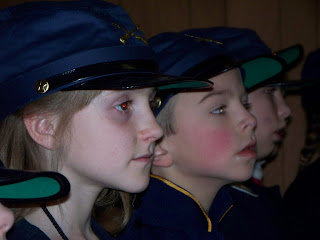 Tom and I have just returned from Lincoln, Kansas, and their annual Lincoln Days Celebration. Before we left, we just stood on the street and watched the procession of Lincoln look-alikes escorted by a junior honor guard (left), followed by the good citizens. To the beat of drum and hum of fife, they proceeded down the street to the Methodist Church for a buffalo stew. This is what small town America is all about--homemade fun and community.

We arrived yesterday afternoon just in time for a roundtable discussion with bud and filmmaker, Ken Spurgeon, and moderated by Marla Matkin. About 30 of us just sat and talked about history, how great Kansas history is, and how we can interest kids. It was really a good time.

We stayed with such gracious folks, Jack and Kathie Crispin, who have restored an 1881 limestone (below) building which houses their living quarters and two museums. 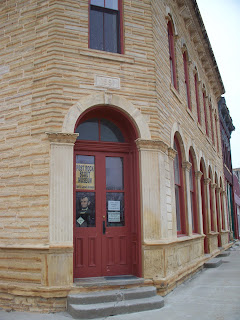 We'll share more on them and their accomplishments in a later blog. We were so excited to stay in this beautifully done structure we could hardly sleep, and indeed, we talked into the night about the light coming through the 19th century windows and how Wyatt and Josie must have lay many nights looking at light playing across a wall that way. It was very romantic. Our hosts knocked on our door a few minutes before 9 this morning as we had overslept. . . .


Another screening of Bloody Dawn in a wonderfully restored thater, The Fitch, on Lincoln Avenue, in Lincoln City, in Lincoln County, Kansas. Ken has done more editing and the product is getting better and better. Folks keep asking about the DVD, and hopefully that will be available this summer. Met many good folks we hope to see again soon. We've already begun discussing taking a tour out to Lincoln this spring. 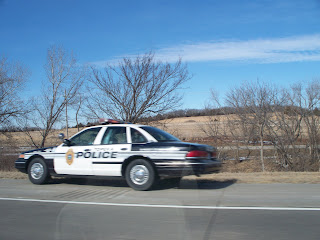 Getting there was interesting. As we got onto I-70, a patrolman passed us at about 90 mph, maybe more. Soon another, and another. We knew something was up. When we reached Paxico, just a few miles west of Topeka, a car was off the road with the door open as if someone had jumped out and run. Police cars sat about every 100 yards and a trooper has just gotten out with a shotgun.


As we continued westward, we met more patrolman. It wasn't until this morning that we heard a Topeka bank had been robbed, the suspect had fled. Then a tack strip had been put across the highway to stop the robber and that is apparently where he left the highway. The suspect shot at policemen, and crawled under an abandoned car where he shot himself in the head. He is in a Topeka hospital, clinging to life. He was a soldier at Fort Riley. 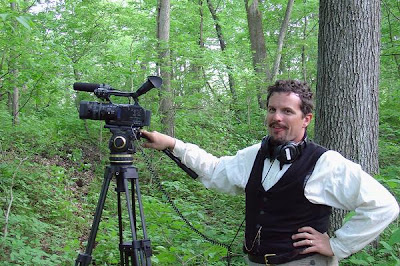 Bad Blood: The Border War that Triggered the Civil War took top honors in the category of “Program Production: History/Large Market”, as announced by the National Educational Telecommunications Association (NETA).


The organization honored twenty-four public broadcasters late last month at its annual conference, held this year in Columbus, Ohio.The panel of industry experts who judged the production called it "comprehensive, compelling, (and) of extremely high quality." They also cited the project's resourceful use of archival materials and reenactments.


The 90-minute documentary—a co-production of Kansas City Public Television and Wide Awake Films— focuses on the events leading up to the Civil War along the border of the state of Missouri and the territory of Kansas during the years of 1854 through 1861. The story is told through actual historic accounts of Missourians and Kansans, and shot entirely in high definition.


“This is a huge honor,” said Wide Awake Films partner Shane Seley. “We were thrilled that we had the chance to co-produce this show with KCPT, and we think it’s a more balanced depiction of the Missouri-Kansas border wars than what may have been seen in the past.”


The collaboration was formed when KCPT approached Wide Awake Films for the latter company’s immense expertise in directing and producing historical reenactments. The production took more than two years to create, with four major reenactments utilizing more than 200 actors.


“We called upon a lot of volunteers, sponsors and friends to pull this off,” said partner Robert Lee Hodge of Wide Awake Films. “This award is a tribute to the teamwork and passion that went into this project.”


The NETA Awards are annual recognition of member-produced excellence in public broadcasting, a tradition established more than forty years ago by the pioneering Southern Educational Communications Association. NETA is a professional association founded in 1997 to serve public television licensees and affiliated educational organizations. The organization has members in 44 states, the District of Columbia, and the Virgin Islands. NETA is headquartered in Columbia, SC. See www.netaonline.org for additional information on the organization and its services.


To order this or other films from Wide Awake, visit http://www.wideawakefilms.com/
Posted by Deb Goodrich at 9:06 PM

Thanks for seeing Roger on my blog.

Live on Virginia's Eastern Shore. Up the road a piece from where Mary Custis lived.

The War of Northern Aggression (this is Virginia, Ma'am) has always been a fascination for me. Taught in Lynchburg, VA, Midland, TX, Hilton Head, VA, Orange, VA. Saw so many different views. Here it is Marse Robert, Gettysburg, Appomattox. In Texas it was Hood, Nashville. In South Carolina it was Charleston, Sumter, States Rights. Read about in a blog about Kansas and the Redlegs. And what a turning point, a threshold to greatness, that national challenge was.

I'd love to meet your friend with the spinning wheel; just give them my email at angoralady@gmail.com when they're in the area.

And I'll get the soup recipe for you; it's quite good!

Deb neglected to mention one other little item of our short trip. With virtually every state trooper in eastern Kansas swarming after the bank robber, Interstate 70 west was free and clear for we speeders. Thus, t'was pedal to the metal as we tried to reach Lincoln in time. No problem until we turned off the freeway for the short hop into Lincoln. BANG. Three miles from town found out there was at least one state trooper not engaged near Topeka.....I was doing 80-something in a 60-something....As he was writing me up, thought I would at the very least sate my curiosity and get some details on the shoot out we had witnessed. Nice young patrolman didn't have a clue! Day begins on a really rotten note, but got much better because of the good folks of Lincoln, Kansas.