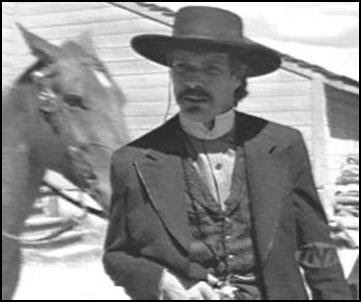 Dear Reader, were we living 50 or a hundred years ago, I would swear I have consumption. I have coughed until my ears are ringing. While talking with my aunt on the phone last night, she commented that my breathing was so wheezy she thought I had pneumonia. I missed Civil War Roundtable on Tuesday night, I missed Michelle Martin at Lecompton on Sunday, and I just flat missed several days because I was too feverish to function. Alas, misery loves company and my sister is suffering in Mayberry and from Massachusetts, my friend Jack McDonough reports his girlfriend has flu. Not that I am happy to hear these folks are sick -- but it is helpful to know we are not on an island in Kansas. Last night, Tom, too, succumbed to the ravages of this fitful cough.
Hopefully, we'll be well by October when we head to Olde Colony Civil War Roundtable, Dedham, Massachusetts. This is such a robust group and we're thrilled they asked us back. It's also a beautiful time of the year to visit New England.

In the meantime, some medicinal brandy seems in order. Here's to you, Doc!
(Top photo: Dennis Quaid as a consumptive Doc Holliday in the film, Wyatt Earp)
Posted by Deb Goodrich at 9:52 PM

Hello, I'm a new reader from Utah. I linked over to your blog from a Utah history and outdoors website I read. I've always been interested in the civil war and that whole time period. You have a great way of presenting history and I'll continue to visit your blog.

Brandan, Bless your heart for reading and commenting! Hopefully, I'll be in a better frame of mind to present history if I overcome this historic flu!

I feel your pain. Seems like the entire county of Knox has come down with the flu this year. It was my very first time. I had the same "consumption" that you described. Hope you get too feeling better soon.

Hey Deb!
I sure do hope that the medicinal brandy or whiskey does wonders for you! I had that horrid flu for two days this week and coffee with brandy became my new best friend! Oh my, Dennis Quaid as Doc. He made a most excellent Doc. Hope you are feeling better and that Tom is on the mend. I was in Lecompton last weekend for the Bleeding KS series as the speaker, thought of you and Noel and times we spent at Grandma's place. Miss you all, take care!
Love,
Michelle

My Dad, God rest his soul, always said the best cure is "Rock and Rye". And, as always, he was right. Nothing cures any better but you feel better.

Glad it is not more devastating. The talking heads keep mentioning it. And then there was 1918