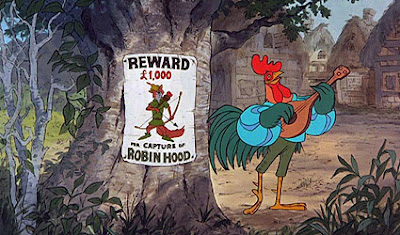 While perusing blogs the other day, I came across this one: We have met the enemy and he is us.: Roger Miller Si's blog reminded me of how much I love Roger Miller, one of the brightest and most creative songwriters who ever lived. Si lives on Virginia's eastern shore . . . the very thought of it makes me salivate as I look out at snow encrusted rooftops here in Topeka. . . . Among the youtube links Si has provided is one of Miller with Johnny Cash. It's priceless. We're not the only ones who love Miller, whose characterization of Alan-A-Dale in Disney's Robinhood (above) was a favorite of many of our generation. See Jette Kernion's post here: http://www.cinematical.com/2007/01/02/vintage-image-of-the-day-roger-miller-and-robin-hood/

"I am pleased to learn that this outstanding book on the Civil War prison system by Chuck Sanders has won the very prestigious Jefferson Davis Award,"said K-State President Jon Wefald. "Reviewers have called it 'the best book ever published on Civil War prisons and prison policy.' I am proud that Chuck is a member of our faculty both for his knowledge and for his engaging teaching style; his expertise and enthusiasm greatly benefit our students." 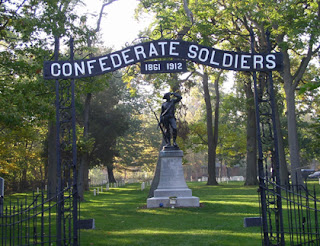 The Museum of the Confederacy's annual book awards competition recognizes outstanding historical research and writing on the period of the ConfederateStates of America. (Monnie Ryan took this photo of the entrance to Johnson's Island Federal Prison in Ohio.)

Sanders's primary field of study is 19th-century U.S. History, and his secondary interests include military history and American political history. He teaches a variety of American history courses, including The United States to 1876, The Civil War and Reconstruction, and the Advanced Seminar in History. He earned a bachelor's degree from Louisiana State University, a master of education from North Georgia College, a master of arts from the U.S. Naval War College, and a doctorate in history from K-State.

We end on a lovely note today. . . . At the Lincoln Ball held in the Union League in Philadelphia, our dear friends. . . . Carol Waskie, Kathy Tortoriello, Mary Ellen Fairbairn, each of whom is married to a Union general. (Don't they look young?) Visit http://www.cw-leaders.com/COUG/lincoln-ball-feb-2008-1.htm for more photos. 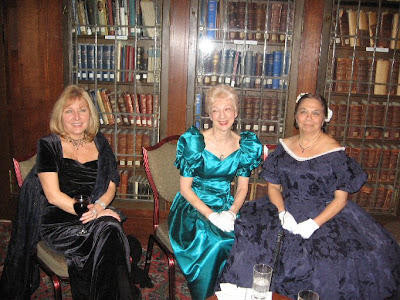 I must say that this is the very best blog I've ever visited!

The correct appelation is Virginia's Eastern Shore, with caps. "There is no life west of The Bay."

Sometime must take a course on history of "The Woah" from someone who is knowledgeable and stimulating. It was such a turning point, threshold making what we are today.