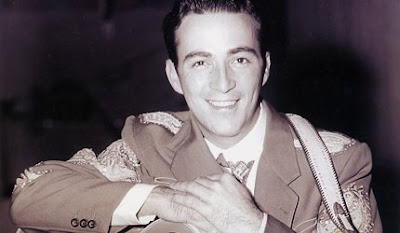 Originally known as "the Hillbilly Heartthrob" and "the Singing Sheriff," Faron Young had one of the longest-running and most popular careers in country music history. Emerging in the early '50s, Young was one of the most popular honky tonkers to appear in the wake of Hank Williams' death, partially because he was able to smooth out some of the grittiest elements of his music. At first, he balanced honky tonk with pop vocal phrasing and flourishes. This combination of grit and polish resulted in a streak of Top Ten hits -- including "If You Ain't Lovin'," "Live Fast, Love Hard, Die Young," "Sweet Dreams," "Alone With You," and "Country Girl" -- that ran throughout the '50s. During the '60s, Young gave himself over to country-pop, and while the hits weren't quite as big, they didn't stop coming until the early '80s. Through that time, he was a staple at the Grand Ole Opry and various television shows, including Nashville Now, and he also founded the major country music magazine, Music City News. Most importantly, he continued to seek out new songwriters -- including Don Gibson, Willie Nelson, and Kris Kristofferson -- thereby cultivating a new generation of talent.
Faron Young was born and raised outside of Shreveport, LA.


While he was growing up on his father's dairy farm, he was given a guitar, and by the time he entered high school, he had begun singing in a country band. Following high school, he briefly attended college, before he left school to join the Louisiana Hayride as a regular performer. While on the Hayride, he met Webb Pierce and in a short time, the pair were touring throughout the South, singing as a duo in various nightclubs and honky tonks. In 1951, he recorded "Have I Waited Too Long" and "Tattle Tale Tears" for the independent label Gotham. After hearing the singles, Capitol Records decided to buy Young's contract away from Gotham in 1952. That same year, he was invited to perform regularly on the Grand Ole Opry.

Just as his career was taking off, Young was drafted into the Army to serve in the Korean War. Assigned to the Special Service division, he sang for the troops in Asia and appeared on recruitment shows; while on leave, he recorded his debut on Capitol, "Goin' Steady." Upon its early 1953 release, it climbed to number two on the country charts and it was followed in the summer by "I Can't Wait (For the Sun to Go Down)," which hit number five. Young was discharged from the Army in November of 1954, releasing "If You Ain't Lovin," his biggest hit, shortly after he returned. The single was quickly followed in the spring of 1955 by "Live Fast, Love Hard, Die Young," which became his first number one hit, and the number two single, "All Right." 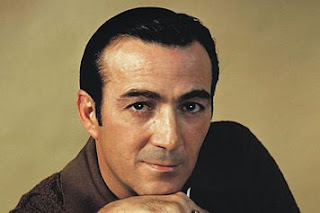 As soon as he returned to the States, Faron Young began turning out singles at a very rapid pace, and most of them charted in the Top Ten. In addition to recording, he began appearing in films, starting with 1955's Hidden Guns. Over the next few years, he was in no less than ten films -- including Daniel Boone, Road to Nashville, Stampede, A Gun and a Gavel, That's Country, and Raiders of Old California -- and was featured in many television shows. Upon his first film appearance, Faron earned the nickname "the Young Sheriff," which eventually metamorphasized into "the Singing Sheriff." Young's career truly began to hit its stride in 1956, as "I've Got Five Dollars and It's Saturday Night" and "You're Still Mine" reached number four and three, respectively, during the spring, followed by the number two "Sweet Dreams" later that summer. "Sweet Dreams" was not only his biggest hit since "All Right," but it gave songwriter Don Gibson his first significant exposure. Soon, Young developed a reputation for finding promising new songwriters, bringing Roy Drusky's "Alone With You" to the top of the charts in the summer of 1958 and taking Willie Nelson's "Hello Walls" to number one in 1961; Young was one of the first artists to record a Nelson song.

Young continued to record for Capitol through 1962, when he switched labels and signed with Mercury. In general, Young's Mercury recordings were more pop-oriented than his Capitol work, possibly because "Hello Walls," his last number one for Capitol, reached number 12 on the pop charts. Throughout the early and mid-'60s, Young's music became more polished and produced, yet his audience didn't decline dramatically; he may not have been hitting every top of the charts with the same frequency as he was during the '50s, but he was still a consistent hitmaker, and singles like "You'll Drive Me Back (Into Her Arms Again)," "Keeping Up With the Joneses," and "Walk Tall" climbed into the Top Ten.

Faron left the Grand Ole Opry in 1965, deciding that it was more profitable for him to tour as a solo artist instead of being restricted to the Opry. Following his departure, Young began to explore a number of different business ventures, including a Nashville-based racetrack and helping to run the country music publication Music City News, which he co-founded with Preston Temple in 1963. By the end of the decade, he began to return to honky tonk, most notably with the hit "Wine Me Up," which reached number two upon its summer 1969 release. For nearly five years, Young continued to reach the Top Ten with regularity, including such hits as "Your Time's Comin'," "If I Ever Fall in Love (With a Honky Tonk Girl)," "Step Aside," and "It's Four in the Morning." During this time, Young continued to appear on television shows and he made the occasional appearance on the Grand Ole Opry. During the late '70s, his hits gradually began to fade away. In 1979, he left Mercury for MCA, but none of his singles for the new label reached the Top 40.

For most of the '80s, Young performed concerts, maintained his business interests, and appeared on television; in short, he was acting like the country music statesman he was. In 1988, he briefly returned to recording, signing with the small label Step One, and had two minor hits on the label. After that brief burst of activity, he retreated to semi-retirement, occasionally making concert appearances.

During the '90s, Young was stricken with a debilitating emphysema. Depressed by his poor health, he shot himself on December 9, 1996, and passed away the next day.

He is missed.
Posted by Deb Goodrich at 7:27 PM