Today is the birthday of that great western actor, Lee Marvin, born this day in 1924. . . in NEW YORK CITY! His performances in Cat Ballou and Paint Your Wagon place him in the pantheon of Western characters. He passed away in 1987. 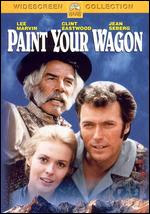 Speaking of Western characters, how about that Abe Lincoln? Sure enough, he graces the cover of this month's edition of Wild West magazine, with the title, "Boss of the Plains." He's wearing a cowboy hat. It's a priceless image! We tend to forget that the 16th president was a "western man," as Jefferson Davis said (in explaining why it would not do to kidnap him; he was a "Western man" and would thus fight to the death something Davis would not risk).
Another really great article is the real story of the classic movie The Searchers--one of our favorites. Greg Michno, a first-rate historian, did a fine job on this research. You simply won't be able to put it down.
You have your assignments!
___________________________________
Frederick Douglass

On this day in 1895, Frederick Douglass died. He was 78 years old. From the website pbs.org: 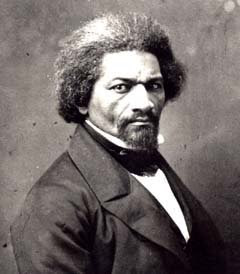 The son of a slave woman and an unknown white man, "Frederick Augustus Washington Bailey" was born in February of 1818 on Maryland's eastern shore. He spent his early years with his grandparents and with an aunt, seeing his mother only four or five times before her death when he was seven. (All Douglass knew of his father was that he was white.) During this time he was exposed to the degradations of slavery, witnessing firsthand brutal whippings and spending much time cold and hungry. When he was eight he was sent to Baltimore to live with a ship carpenter named Hugh Auld. There he learned to read and first heard the words abolition and abolitionists. "Going to live at Baltimore," Douglass would later say, "laid the foundation, and opened the gateway, to all my subsequent prosperity."
A truly remarkable man.
Posted by Deb Goodrich at 9:40 PM

Lee is Cat Ballou is a movie I watch every time it comes on the old movies channels.

The long, long change from the Emancipation Proclamation to Barack Obama is a fascinating one. With the eternal question why so long? But racism in its various forms is still significant in other countries. We are tribal critters and my tribe is beter than your tribe.