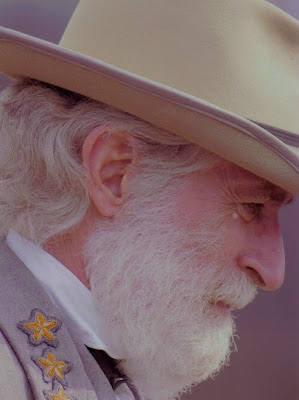 It's obvious that Tom and I love the Weider History Group (since he's the official Wild West blogger we literally get paid to love those folks!) I have to admit, however, that my favorite of their publications is Armchair General. Is it because Jerry Morelock does such a great job in selecting articles, putting together quality writers, interesting subjects, fantastic layout? That's part of it. But they also have General Lee on the cover of this issue. Jerry's opening remarks about Lee are well done and the article by Brian Sobel is excellent. Much as I love studying the Civil War, AG is not exclusive to that era but genuinely puts it in the context of military history. Good job, guys! 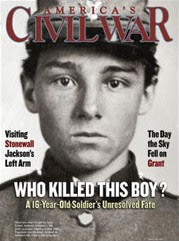 Not to be left out, Civil War Times has an excellent issue on the stands with the lead article by our friend Justice Frank Williams. The question, "Did Lincoln go too far to save the Union?" Surprisingly, there is a difference of opinion on this issue. (Smiley face inserted here!) A great issue.

. . . is this weekend. Our flooding situation has caused some folks to cancel (some day, mold will rule the world. . . ) so we have a couple of seats for either Saturday or Sunday (as of this moment). We will visit at least two cemeteries on the Post, the National Cemetery as well as the smaller graveyard at the back of the Fort where rest the German POWs executed during World War II. We'll see the Chapel, tour Bell Hall (about to be destroyed, Thank Goodness! This is one case where I am not in favor of saving this old building, though I get chills thinking about the folks who have passed through the halls). In June, the Command and General Staff College moves into new digs at Lewis and Clark, a far better building with architecture more fitting the station of this prestigious school. We'll visit some historic sites around Leavenworth and Lansing, then cross the Missouri River where we have some surprises in store. It promises to be the best tour yet, and may be our last opportunity to visit Bell Hall. 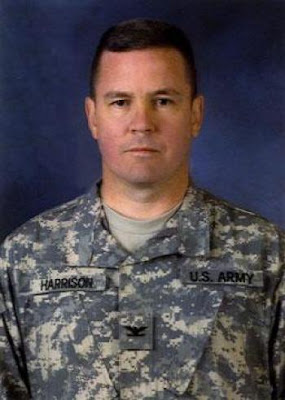 .....from the Leavenworth Lamp
A Fort Leavenworth officer was one of two U.S. Soldiers killed by small arms fire May 6 at the Pol-E-Charki Prison in Kabul, Afghanistan.Col. James W. Harrison Jr., 47, of Missouri, was killed while serving as a detention policy expert with the Combined Forces Command Afghanistan. Before his deployment in December 2006, he was the director of the School of Command Preparation at the U.S. Army Command and General Staff College. Harrison previously served as the 47th commandant of the U.S. Disciplinary Barracks from June 2004 to June 2006.

I knew Colonel Harrison while I was doing media training on the Post. He was a good man. Our deepest sympathy to his family and the military community that will miss him.

The photo at top is not General Lee but is re-enactor Al Stone. He does a remarkable job. For more images and information on how to invite the General to your event, visit his site at http://www.generallee.leeslieutenants.com/.
Posted by Deb Goodrich at 12:21 PM