Dinner With a Southerner 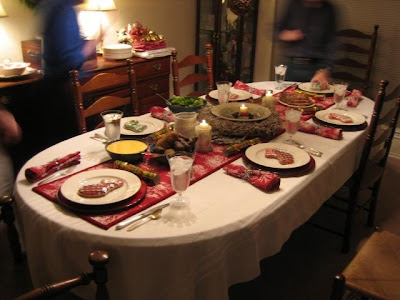 Fellow blogger Clint Thomsen, bonnevillemariner.com, asked for my response to several questions he has concerning Southern culture. Clint lives in the Great Northwest but is captivated, as is any decent, thinking human, by the South. They're thought provoking questions, and I'm still pondering them. They are, in fact, so much work, that the answer to one of them will be the subject of my blog today:
If you could have dinner with one historical southern figure, who would it be and why?

I've thought often about this and posed the question to several folks myself, and the answer is difficult. Since I've been working for so long on the life of Varina Davis, I would most enjoy sitting down with her, but at what point in her life and in what context? Varina, like most Southern society, or society of any part of the world, was conscious of class. Would she accept me as a reporter? Since she was a writer, I think so, but I'm not sure. As an author, I might be acceptable on her social level, but as just a "Common White," as my former professor put it, Varina might not feel free to open up to me. Would I want to interview the First Lady of the Confederacy, a woman shuffling children and national diplomacy? Or would I choose to speak with the elderly Varina who had suffered the deaths of five children and her husband who could reflect on her extraordinary life? Would she be insulted, embarrassed, exposed to know I had read the private letters between her and her husband or closest friends? She possessed a tremendous heart, which grew as she grew older, but had been so wounded. A part of my desire to talk with her is simply woman to woman, not as a journalist or historian, but simply as someone who has been inspired by her courage and compassion. I would very much like to take her hand between mine and tell her how often I have thought of her and wished her peace.
Posted by Deb Goodrich at 9:38 AM

That would be SUPPER with a Southerner. ;)

Well, Clint's question was worded "dinner," not realizing, of course, that dinner would occur at lunchtime. Having lived among Yankees for so long, I've just stopped trying to translate for them!

Oh yeah! Great choice, I think I would choose the younger Varina. And, yep, it's Breakfast, Dinner, & Supper around here!