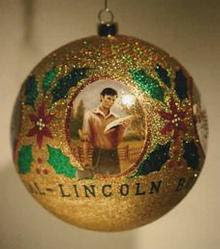 According to the Evansville, Indiana, Courier Press, an ornament honoring the Lincoln Boyhood National Memorial in Lincoln City is prominently displayed on this year's official White House Christmas tree.

The tree, part of an overall decorative theme recognizing National Parks, is located in the Blue Room and is adorned with handmade ornaments representing each of the country's 391 National Park Service sits.

The Lincoln Boyhood National Memorial ornament was designed and painted by Rockport artist Thomas Kennedy. It features four vignettes: the Lincoln cabin, the Indiana sculpture from the Memorial Building, the tombstone from Nancy Hanks Lincoln's grave and a youthful Abraham Lincoln. - Gavin Lesnick

What a fitting place to memorialize. Some of the best memories Tom and I have were made in this part of Indiana. I hope they duplicate this ornament, so that one can adorn a Collins Park Christmas tree as well. 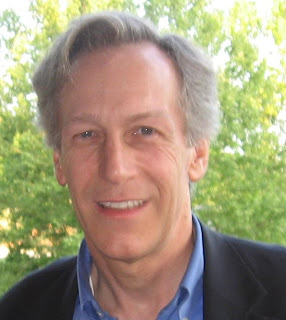 Congressman Goode (which rhymes with mood) represents the 5th District of Virginia in the U. S. Congress. (This includes the Southside of Virginia to Charlottesville.) He served in the Virginia Senate beginning at the age of 27 as a Democrat. He later became an Independent, and ultimately in 2002, a Republican Congressman. Goode (right) is a member of the Liberty Caucus which meets each Thursday while in session and is hosted by Congressman Ron Paul. Goode will speak at the Rosslyn banquet honoring him on his favorite subject, Robert E. Lee. The event is the annual Christmas party for the camp and their guests. It will be held on Wednesday, December 5th at the Holiday Inn, Key Bridge, in Rosslyn, VA, from 6:30 to 8:30 PM. Tickets for the banquet and program are $27. All members and friends of the SCV and Congressman Goode are cordially invited to attend.

Wish I could do this one! Virgil Goode was our state senator when I was in high school, and was a good, patient man. He is an exceptional politician, and I am so proud that he represents my home. While my name was Debra Hiebert, I wrote a column for our hometown paper, The Enterprise, and when I wrote about Congressman Goode, he sent me the most gracious letter in response. I hope when we get back to Washington we can pay him a visit.

Forgive me, for I have blogged. I have started a new blog and added you to the links on it. If you know of any Patrick County or regional blogs that might enhance the links please let me know.
www.freestateofpatrick.com/blog

DG-The blog is great, Tom, and glad to be included on the links. Check it out, folks, and tell Tom that Deb sent you.


Earl and Bubba are quietly sitting in a boat fishing, chewing and Drinking beer when suddenly Bubba says, "I think I'm gonna Divorce my wife - she ain't spoke to me in over 2 months." Earl spits, sips his beer and says, "Better think it over - - - - - Women like that are hard to find."

Congratulations to Mr. Goode! Right now we're very lucky in our part of Virginia with our representatives in government. While Mr. Goode no longer represents Patrick County, he has been a good influence for the region.