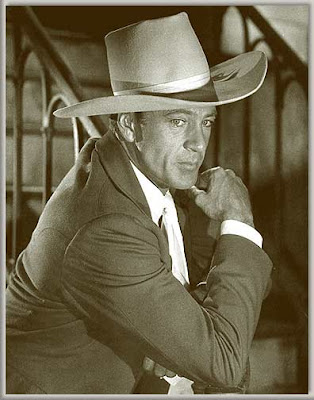 Today is the birthday of Varina Howell Davis, Frank James (Gary) Cooper, and George (Gabby) Hayes. What a variety of personalities and experiences. (Some day, I will write a book on the lives of folks named for Frank and Jesse James. Somehow, they're always interesting.) 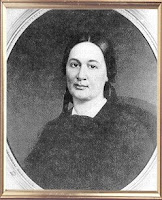 Varina Howell (left) was the oldest of a bunch of a kids. The oldest girl of many siblings is a character-forming experience and it defined her personality forevermore. I admire her so much. She was a whole woman--bright, loving, giving, petty, funny, sensitive. While her husband, Confederate President Jefferson Davis, was too ill to attend to his affairs, she decided who would see him, what bills or letters would be signed, what orders would be issued. I would like to have known her. 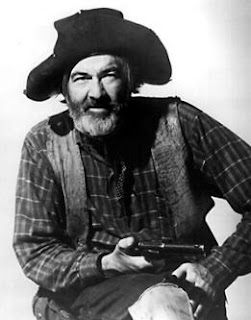 Gary Cooper (top). What a hunk. Born in Montana in 1901 (though his parents were British), he was at one time the highest paid person, not just actor, in the United States. One of my favorite "Coop" movies is Along Came Jones. The scene where he's walking down the street eating canned peaches is a priceless slice of history, and just so real. He won two Academy Awards, one for High Noon the other for Sergeant York. He was awarded a special Academy Award in 1961 "for his many memorable screen performances and for the international recognition he, as an individual, has gained for the film industry." He asked Jimmy Stewart to accept the award for him because he was too ill. He died shortly after.
"Yer durn tootin'!" Gabby Hayes (right) was born in New York in 1885. NEW YORK?? No kidding. An erudite, educated, well-groomed gentleman, he was consistently listed as one of the top ten Western stars, right along with Gene and Roy. It's ironic, really, because Gary Cooper was just being himself and George Hayes was being someone entirely different.
Happy Birthday to these legends one and all. What a rich and wonderful country we have.
________________________________
John Brown as Opera

I'm off to the Lyric Opera in Kansas City to see Kirke Mechem's John Brown. There have been articles in the newspaper, interviews on Kansas Public Radio, and much hype among the hysterians we know. I'm really looking forward to this. Terry Hobbs is driving. Life is good.
____________________________________
Norman Marshall

. . . portrayer of John Brown, was in town recently and lo, I was gone. But Norman did a splendid performance at the Kansas Museum of History and sent me this photo of himself and Annie Brown's great-great-granddaughter, Alice Mecoy. (Annie was john Brown's daughter.) This was taken at the gala just prior to the opera's premier in Kansas City. 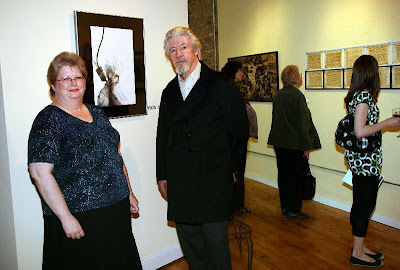 I also wanted to meet you while I was in town. The picture of Norman and I was taken at the Robert Fraizer Art Gallery on Thursday. Norman and I were guests of the Lyric Opera sponsored gallery showing of art inspired by John Brown. We had a wonderful time. We both loved the opera, hope you did too. Hope to catch up with you next time I am in Kansas City (which should be soon!)
Alice Keesey Mecoy - ggg grand daughter of John Brown

High Noon remains one of my favourite Westerns, and not simply because of Grace Kelly either.

Interesting to read about Varina Howell too - have they finished restoring Beauvoir yet?

Still enjoying reading the blog and following links. Am trying to work up the courage to ask your view on a debate between various colleagues and myself about possibilities for a Confederate victory. One point is whether, if Jubal Early had managed to occupy Washington even for a few hours and burn public buildings, Lincoln would have been discredited just before the election and the political will in the North would therefore had been lost. (The debate in full is http://cricketandcivilisation.blogspot.com/2008/04/american-civil-war.html).

Anyway, I appreciate our amateur understandings may be rather beneath an expert such as yourself, but thanks for an interesting blog all the same.

Hey Guys and Gals, great comments, and Alice, I hope to meet you sometime as well.

Political Umpire, you flatter me, and I am so susceptible to flattery! I would love to weigh in on your conversation, though my opinion not much more learned than the next guy's.

As for Beauvoir, there are big doings planned for Davis's 200th birthday on June 3. I don't know if that means complete or operational. It's a wonderful home and grounds, a fantastic library.

Thanks so much for taking the time to respond - as I mentioned on my blog, the debate's been running since oh about the 1860s so I guess there's not much chance of it coming to an end soon.

I am very interested in military history although have only come to the American Civil War fairly recently, hence it has been great to get a variety of views off the net. My brother in law has travelled round Georgia and been to various battle sites. I myself have only been to Hawaii and Florida in the US, but hope to return when time permits and hopefully see some Civil War sites (though with two very small children travelling anywhere's a chore, to say the least, and travelling round historical sites particularly tricky, but hey, they'll grow up soon enough ...).

I must admit I find it rather amusing in a cynical fashion when the media makes a big play about casualties in Iraq, which from the US perspective amount to a few minutes' worth of Gettysburg ... but then it speaks well of the present generation that they can no longer be considered 'profligate with blood'.