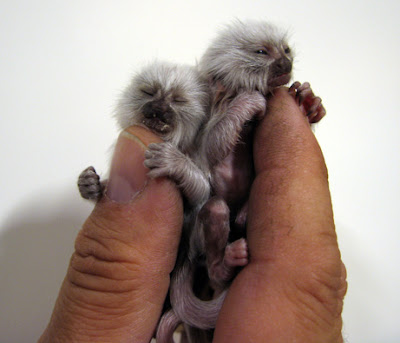 If you're an albino or a dwarf or a giant, preferably one with a goiter or slant eyes, and have a hillbilly accent, have we got a job for you.
The Pittsburgh Tribune-Review (Pennsylvania) ran an article about a film company's seeking odd extras to portray West Virginians. "Holler" people to be exact.

"Some of these 'holler' people -- because they are insular and clannish, and they don't leave their area -- there is literally inbreeding, and the people there often have a different kind of look. That's what we're trying to get," said a company executive in the newspaper. According to the Tribune-Review, the press release said:
"Extraordinarily tall or short. Unusual body shapes, even physical abnormalities as long as there is normal mobility. Unusual facial features, especially eyes. . . . a 9-12-year-old Caucasian girl with an other-worldly look to her. . . .Could be an albino or something along those lines -- she's someone who is visually different and therefore has a closer contact to the gods and to magic. 'Regular-looking' children should not attend this open call.'"
For some reason, West Virginians are offended. So am I. Virginia has always considered traitorous and untrustworthy those counties that seceded from the Commonwealth after the Commonwealth seceded from the United States. West Virginia has been the butt of our jokes since 1863. But there are many commonalities among the mountain folk, many family ties, much culture and tradition in common.
I understand a film company's wanting unusual looking people; what irks me to no end is that they appear to believe their warped view is reality. Also, pity the poor child whose hopeful stage mother drags him or her to this audition, proudly pointing out, "See, my boy's crosseyed!"
My Grandpa worked in the coal mines in West Virginia as a young man, the 1910s and 1920s. He worked alongside Greeks, Italians, Russians, Czechs. The population was as diverse in some areas as New York City. And what about the places without diversity? The places where the same mountain folk lived and struggled since before the American Revolution?
Well, those are my people. I come from the same culture, pretty much the same gene pool, and I'm not apologizing to Hollywood or anyone else. And you know what? I am sick and tired of every body in the world being off limits to ridicule except white Southerners. I don't care who you are, it's okay to pick on them. And I only knew one albino family growing up. Okay, maybe two.
Read the story and the followup comments: Film's casting call wants that 'inbred' look - Pittsburgh Tribune-Review At top, National Geographic photo of albino pygmy monkey twins, born not in West Virginia, but in Sweden. Perhaps there's a role for them. . . .
_____________________________
Pitiful Criminals 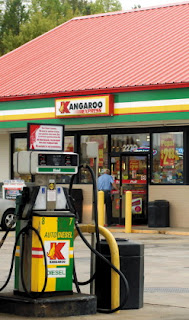 The Civil War Bookshelf, authored by fellow blogger Dimitri Rotov, recently linked to a most interesting crime story. Seems a guy in Monroe, Georgia, held up a Kangaroo convenience store by brandishing a “hand cannon,” a Civil War-era cap-and-ball revolver which had a 9-inch barrel. The suspect made off with $55. Turns out he is homeless--but thankfully he kept his highly collectible gun. He should have contacted Ed Kennedy or Dave Chuber who would have offered him more than fifty bucks for the weapon. Would-be crooks--there is a socially acceptable way to show off your Civil War era firearms. Call me next time and I'll put you in contact with a gun nut, er, collector. Okay, okay. . . I'm furthering the Southern stereotypes. . . . Sometimes the shoe just fits.

. . . "thou bawdy flap-mouthed whey face!" I'm not exactly sure what a "whey face" would look like, but it doesn't sound pretty. From our friend, Norman Marshall, comes this link for Shakespearean insults. Priceless!!
http://www.william-shakespeare.org.uk/a2-shakespeare-insult-generator.htm
Posted by Deb Goodrich at 1:15 PM

Unless I subconsciously stole his phrase (hey, anything's possible), that was actually my verdict; but I don't doubt that Dimitri might feel the same way! I enjoy visiting your blog.

Well, Drew, bless your heart! A toast to you and Dimitri!

Deb, there is a pretty good post about the West Virginia film over on the Hillbilly Savants Blog. Lots of good comments on it as well.

Being an East Tennessean, I get sick of the stereotyping too.

Thanks, Byron, and I'll post this link in the body of my blog as well. I love the Hillbilly Savants Blog. By the way, loved the blog on your Dad.