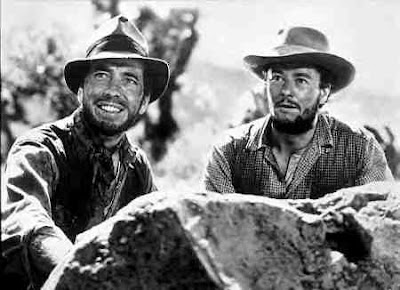 Email:
. . . my father and grandfather were actors who played in many Westerns of the 20's, 30's, 40's and 50's. In your birthday greeting to Wyatt Earp and reference to Virgil, my dad played Virgil Earp in John Ford's My Darling Clementine.

I had the good fortune of meeting Jack Holt from the Department of Defense a few weeks ago-- good looking guy from Oklahoma who is working in the area of "new media." Well, if only I had known his distinguished lineage, I would have created a one-woman media frenzy. 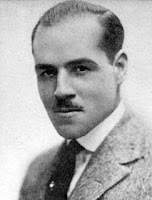 Tom and I are both huge fans of Tim Holt, who indeed played Virgil Earp in the legendary movie mentioned above, as well as Bogie's ill-fated partner in the Treasure of the Sierra Madre (above, Humphrey Bogart, left, Tim Holt, right). 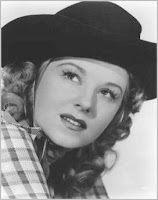 Jack's grandfather, Jack Holt (right), had a career that included silent movies and he also acted with his son in Sierra Madre. He also attended Virginia Military Institute. He has a star on the Hollywood Walk of Fame. Reckon how many guys who attended VMI have achieved such an honor? His daughter, Jennifer (left), also acted in dozens of Westerns.

Thank God Al Gore invented the internet! Here I am, sitting in America's Heartland, listening to WBRF in Galax, Virginia. The "Night Rider," Bruce Hodges, is on the air, and if you want a real taste, and sound, of life in the Blue Ridge Mountains, tune in and tell them Deb sent you. http://www.blueridgecountry98.com/ He's playing Ed Bruce's new song, "I know." If you haven't heard Ed Bruce sing, your life is simply not complete.
Posted by Deb Goodrich at 11:20 PM

I see where your headline says there are saloon girls on your blog posts. I keep looking but have not found them yet.

I made a post about the transcripts of great trials. Including John Brown. Really interesting website. Got a "Page can not be found" this morning, however. Hope it is not off for long.

ps. Lived in Lynchburg for many years. Really liked VMI. For one thing, they would give my chemistry students a neat day in their labs. And Marse Robert was in town! Lexington is a great little college town. And VMI's list of famous and valiant graduates is fascinating (http://en.wikipedia.org/wiki/Virginia_Military_Institute.) Not like The Naval Academy, of course, but pretty good.

Ed Bruce is a good'urn. I will forever associate him with the Tennessee Trash PSA’s though.