Talked to my "brother" Dave Chuber on the phone last night. Dave is the historian at Fort Leonard Wood, Missouri, and is originally from Statesville, North Carolina. Short and full of it --and speaking with the same accent--folks just assume he's my brother. Close enough. 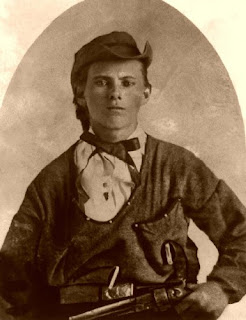 Dave just led a staff ride for his non-commissioned officers to the battlefield at Centralia, Missouri. Sadly, the guerrilla war in Kansas and Missouri during America's Civil War is starkly relevant to today's soldiers.
For an account of the battle, click here http://centralia.missouri.org/massacre/index.shtml. A very young Jesse James, left, was said to have taken part in the battle and personally killed the Yankee commander. It is difficult to confirm, however, and Jesse had been wounded a couple of weeks prior and might not have been able to take part.
Dave passed out copies of draconian orders issued by America's government in the 1860s, orders designed to quell the growing rebellion but which had exactly the opposite effect. As his men read these documents and considered what their own reactions would have been, the light bulbs went on.
"They got it," Dave said. "They also got it that we have to be careful in the Middle East with the way we treat civilians so that we don't push them into the arms of the insurgents."
Studying history has become not only interesting, but crucial.
__________________________________
Jeb Stuart Birthplace

Our friend Tom Perry is on a tear over the conditions and management of the Jeb Stuart Birthplace back home in Patrick County, Virginia, an entity he created then stepped away from in the hopes other folks would carry on his work. It has not transpired the way he had hoped. Tom believes it would be best if the state or some other public entity took over the site. I side with him on this issue, and this hallowed ground is too important for hagling and neglecting. We need action. Check in at the www.freestateofpatrick.com and share your thoughts and ideas.
__________________________________ 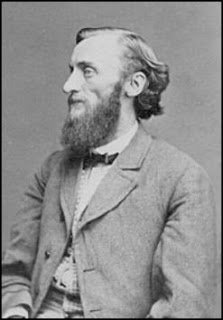 Celebrating a birthday this week was John Sappington Marmaduke, right. His name is so unforgettable and so, so Southern!!! Born in Missouri on March 14, 1833, Marmaduke attended Yale, Harvard, and graduated from West Point. He would rise to the rank of major general in the Confederate Army and die in 1887 while serving as governor of the "Show Me State." Ain't he something?

Born today in 1767 was another famous Southerner, General and President Andrew Jackson, left. Ain't they a pair? Born on March 16, 1822, was Union General John Pope. One of my favorite quotes of the Civil War was said by Robert E. Lee in reference to the Yankee general: "Pope, the miscreant! He must be suppressed!"
Posted by Deb Goodrich at 5:17 PM

One of my daughters lived in Vienna, Virgina. Lots of JEB stuff around there. Bought her house at a deed office beside a historical sign about him. What did he do around there that they revere him so much? Need to reqad up on the details.

Si, other than ride circles around the Union Army, not much! I'm referring your question to Tom Perry who can nearly tell you what Jeb ate for breakfast every day. . . .

Here is my vent about the Birthplace, which has only just begun.