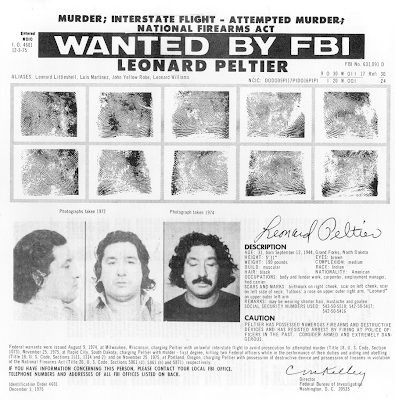 Fellow blogger, Si, wants to know why my blog's description included saloon girls and he has not seen any. We'll get right on it. I promise saloon girls within the week. Si also passed along a great site that has him riveted: http://www.law.umkc.edu/faculty/projects/FTrials/ftrials.htm 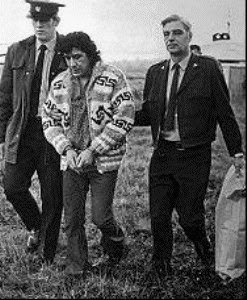 This website features the transcripts of dozens of famous trials from Socrates to Sam Sheppard. Si has been reading John Brown's trial, I started with American Indian Activist Leonard Peltier's. Peltier (right, escorted by the Feds) was imprisoned at Fort Leavenworth until 2005 when he was transferred to Terre Haute, Indiana. He is serving two consecutive life terms for the killing of two FBI agents on the Pine Ridge Indian Reservation in 1975. There are many groups, here and abroad, who consider him a political prisoner. My personal jury is still out. I never met Peltier, but we have mutual acquaintances, many of whom are glad he is behind bars, perhaps not for this incident, however. The website above contains Peltier's lengthy statement, made as he is about to be sentenced to prison. I quote from it here:

. . . I stand before you as a proud man. I feel no guilt. I have done nothing to feel guilty about. I have no regrets of being a native American activist. Thousands of people in the United states, Canada and around the world, have and will continue to support me to expose the injustice that occurred in this courtroom. I do feel pity for your people that they must live under such a ugly system. Under your system you are taught greed, racism and corruption . . . .

I agree with Si. Once you venture onto this site, it's difficult to leave. 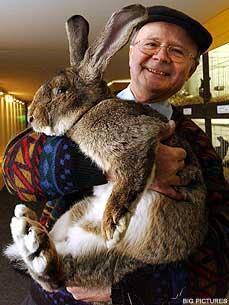 This is Herman. He lives in Germany with Hans who is holding him. Herman has his own Myspace page, so check it out. Bunnies like Herman do not live in the wild but are specially bred.

I have to be honest, however. When I was in Germany, I caught site of some pretty big hares in the fields. I don't think it took a lot of bio-engineering to come up with Herman. 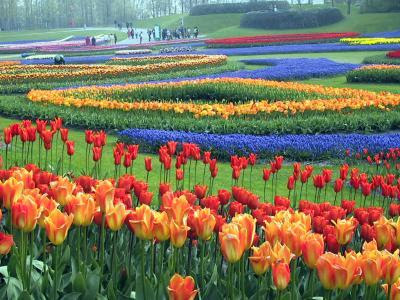 Glad you got then famous trials website to work. Seemed to be off for a while this weekend.

It is taking too, too much of my time. Fascinating bunch of trials. Try the link at the bottom for the another page of trials. Marie Antoinette!

The Easter Bunny in the picture looks delicious.