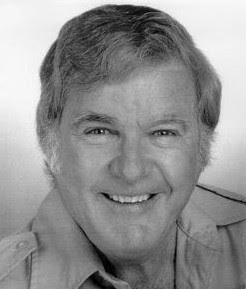 Name any TV western and James Best was in it--from Hopalong Cassidy to Gunsmoke, from Bat Masterson to Red Ryder, from Rawhide to Death Valley Days, from The Rebel to Have Gun Will Travel--more than 280 television episodes. Born on this day in 1926, in Powderly, Kentucky, the character actor became best known for the doofus Sheriff Roscoe P. Coltrane, on the Dukes of Hazzard. Hopefully, generations that are watching the Dukes reruns will go back in time and see some of the fine acting Best has done in his other roles. One of my favorites is Ride Lonesome with Randolph Scott. At 81, Jim is still making personal appearances. Visit his official website at http://www.jamesbest.com/ and wish him the "Best!" Speaking of birthdays, George Catlin was born today in 1796. As an historian, it's almost impossible to imagine the world without Catlin. With our friends Dan and Carol Turner, we visited the Nelson Atkins Museum (Kansas City) a couple of years ago when the Catlin exhibit was there. Phenomenal! Although much of his work is in Washington, D. C., the Buffalo Bill Historical Center also has an entire room devoted to this prolific and profoundly important artist.

The Pennsylvanian (in a self-portrait, right) believed that Indian Tribes were dying and set out not just to paint their portraits, but to learn their cultures and languages. His legacy to us is invaluable, as is evidenced by the example below. Take a few moments to relish the work of George Catlin and to thank the Good Lord that he decided not to become just another Philadelphia lawyer! 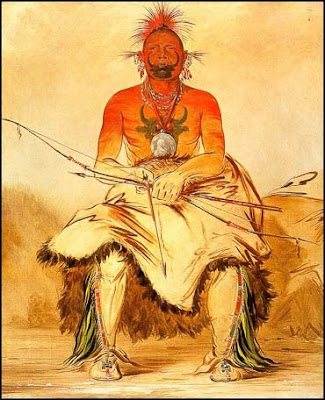