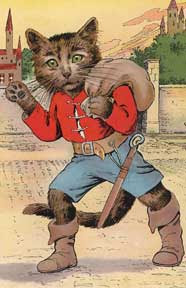 It was on July 13 or 14 (around midnight), 1881, that Billy the Kid was killed by Pat Garrett. Period. The Kid has not resurfaced in any legitimate form since that day. Period. But. . . confronted with a creative writing assignment in college that required incorporating an historic figure, I appropriated the myth that the Kid somehow survived. The result was an A+ short story.

In my story, Garrett and the Kid staged the murder and the Kid was ordered to disappear, for his own safety and Garrett's reputation. For years, Garrett would receive postcards, unsigned, and vague, from various points in the Northwest. Then mail began arriving from Chinatown, San Francisco, and cards advertised a particular Chinese restaurant. Garrett put 2 & 2 together and went to the grandest city in the West in search of the Kid. Arriving at the restaurant, he was greeted by a stooped, little Chinaman who identified himself as the owner, nodded politely, seated Garrett at a table and proceeded to ask him why he is there. The Chinaman is suspicious. Garrett is wary. Eventually, the Kid removed the silk cap from his head, changed his accent and laughingly shook the hand of his comrade. Small, wily, needing to remain out of sight, Billy had managed to find a Chinese girl whose successful father was willing to bring him into the fold. (Yes, I read lots of fairy tales as a child.) But, I thought it every bit as plausible as any of the other stories about Billy's survival, and am willing to write the screenplay if there are Hollywood agents reading the blog.

In reality, Billy the Kid and Pat Garrett probably weren't friends, just acquaintances. For the real scoop on Pat Garrett, see http://www.nmia.com/~btkog/garrett.htm where historian Leon Metz has posted the timeline of the lawman's life.
Posted by Deb Goodrich at 3:07 PM