The Adventures of Belle and Butch 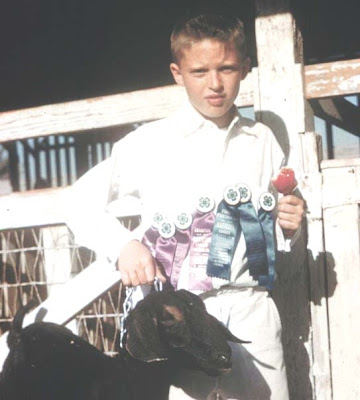 Authors write fiction because it is the only way to tell the truth. Therefore, I have changed the names in this story to protect the hopelessly inept.

My friend Belle got a phone call from her brother, Butch.

She quickly hopped in her car and rode out to the family farm that her brother had inherited from their father. He pointed out the area in question and asked what she thought. Knowing her brother to have limited business sense she pointed out that the land could be subdivided into plots and sold for 10 to 20 times what he stood to gain now.

"Oh, I don't care about the money anyhow," her brother commented. "I'm just going to give it to the 4-H club."

At this point, Belle convulsed and fell to the ground. Not really. But she wanted to.

Her brother recently had come into some cash which he in turn gave to the church. Belle, being pretty much a heathen, like myself, was aghast. Not at her brother's generosity really but at his lack of forethought. Who knows what life holds in store? He is not a rich man and nursing homes can eat up every penny of the wealthiest among us. All these facts were lost on Butch and Belle returned home, mixed a vodka and grapefruit juice, and called me. 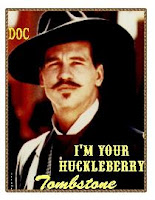 Take this quiz to find out: http://quizfarm.com/test.php?q_id=37107N I'll tell you tomorrow which one I was most like, and then you can decide for yourself if this is a real crock or not!
Posted by Deb Goodrich at 10:49 AM

Deb,
I took your quiz. I scored as Wyatt Earp. Not bad, huh?

Hey Deb,
I was Virgil! Who were you??? I didn't know that I could shoot that good! Yipeeeeee!