If you read my September 2 blog, you know that I had a cousin brutally murdered in Macon, Georgia. He was at home when an acquaintance came armed with a knife and stabbed him to death, slitting his throat. 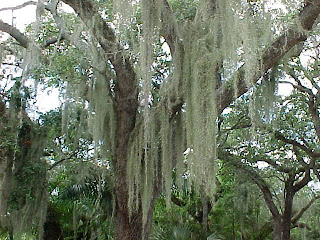 Since then, I've been following the news in Macon. An arrest was made in my cousin's death within a day or so and I have tried to keep up with the proceedings. But it's hard. Macon seemingly has a new crime every day and my cousin's murder, less than two weeks ago, is a footnote as some new heinous act takes its place. From the last day or so:
Macon police are investigating an armed robbery at DL's Bar-B-Q Hut, at 936 Hillcrest Ave., at 6:15 p.m. Wednesday.
Two men entered the business, one of them displaying a sawed-off shotgun and the two left with an undisclosed amount of money. . . .
Macon police are investigating a Wednesday home invasion in which four victims were tied up with power cords, phone lines and belts and covered with a bed mattress.
A Coral Way resident reported three large men knocked on his door just before midnight. After opening the door, the resident said the men entered by knocking him down and three more men kicked in the back door, according to a Macon police report.
The armed men tied up the resident, a woman and two children before taking more than $8,000 in cash and breaking the victims' cell phones in half, according to the report. . . .
An arrest warrant has been issued for a 47-year-old Macon man suspected of beating and stabbing a woman in a wooded area near the intersection of Fifth Street and Edgewood Avenue on Wednesday afternoon, according to Macon police. . . .

I hate to pick on any place, especially in the South, but Macon doesn't even have 100,000 people and the violent crime is appalling. As I looked at statistics for the area, I saw that 33 percent of the population is also living below the poverty level.
My cousin died at a time when he was trying to find his way in the world. A Macon church that he had helped build paid for his cremation and related expenses. His numerous friends have been supportive and loving. But the pall of poverty and crime casts a shadow over this Southern town and its good people that sickens me. For God's sake, Georgia! Can't something be done?
______________________________________________
Happy Birthday, F-Troop! 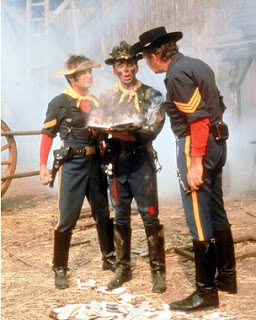 On this day in 1965, F-Troop debuted on television. Before we became the Politically Correct Nation, we could make fun of ourselves and everyone else. Recall Ken Berry as the incompetent commander of Fort Courage? Veteran Western actor Forrest Tucker as the enterprising Sergeant O'Rourke who had a great business sideline trading with the local Indians, and Larry Storch as the clueless corporal? Wrangler Jane who was constantly throwing herself at the captain and we were left to wonder why. Yes, it was silly, but it was fun.
On Sunday evenings, we would head home from church, stop at the Bannertown Superette and get a gallon of milk and a pint of oysters and enjoy oyster stew and F-Troop. A few choice quotes:
Wild Eagle: Captain marry Silver Dove or we have big fight!
O'Rourke: Fight, ha, you? The tribe that invented the peace pipe?
Wild Eagle: We fight! Even if we have to hire Apache to do it!

Assistant: Of course, sir, if these bulletproof vests don't work, we may lose some of the men of F Troop.
Secretary of War: That is precisely why I selected them.

O'Rourke: We won't have any customers for a while.
Pete: Hekawis on the warpath?
O'Rourke: Are you kidding? Wild Eagle has to send out a draft call to get enough braves for a rabbit hunt. 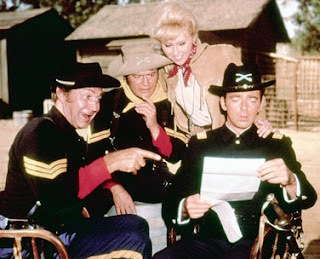 Agarn: Come to think of it, how did the Hekawis get their name?
Wild Eagle: Glad you asked. Many moons ago, tribe leave Massachusetts because Pilgrims ruin neighborhood. Tribe travel west, over stream, over river, over mountain, over mountain, over river, over stream. Then come big day. Tribe fall over cliff. That when Hekawi get name. Medicine man say to my ancestor, "I think we lost. Where the heck-are-we?"

Capt. Parmenter: My wise, old grandmother once said to me that early to bed and early to rise makes a man healthy, wealthy and wise.
Wrangler Jane: Well, my wise, old grandmother told me if you go to bed with the setting sun, you're sure to miss a lot of fun. And she ought to know, 'cause she was the highest paid dance hall girl in Dodge City. 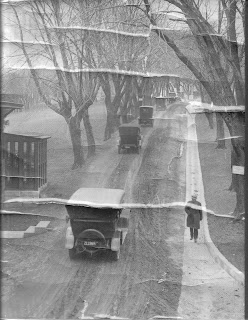 Topeka Cemetery Tour
Another great tour this morning at Topeka Cemetery this morning. It was a beautiful, breezy, cool, fall morning. One lady brought her four-year-old grandson who was pretty good, especially considering he didn't have to sit still. But about 3/4 of the way through, he clung to his grandmother and moaned, "I can't take it any more!" The next tour will be September 28, 9 a.m. On September 22 and September 23, we head back to Fort Leavenworth. Email me if you'd like to join us. At right, the back cover of my book Stories in Stone. The book is $10. The photo was taken of the first motorized funeral procession in town.
Posted by Deb Goodrich at 1:59 PM

Hey Deb!
Today was the Freedo Fest in Osawatomie. The rain dampened the turnout but the Lecompton Reenactors, Free Staters and the battle still took place. You know the Lecompton crew-- the show always goes on!

Tom Leahy was there as Candidate Abe Lincoln and did a superb job! When I have photos will post them for you to see! He has a great Lincoln look, very very good!

It was a rainy KS fall day, made me homesick for Fort Scott...Indian Territory is great, but I miss fall in KS!