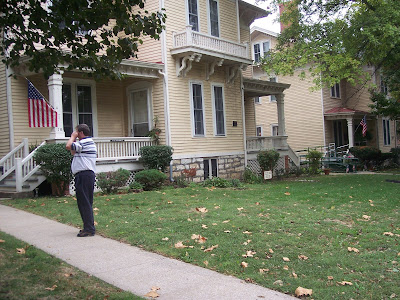 My friend, Tom Perry, spent the day at Fort Leavenworth with me yesterday. Above, he is standing in front of the Syracuse Houses, built in 1855, and taking a photo of the Rookery, built in 1840. As one of our tour-goers said Sunday, "I had no idea Fort Leavenworth had so many historic homes!" We had breakfast at Tevis Restaurant (a Topeka landmark) here this morning and he headed to St. Louis. He did a fantastic job last night at the CWRT in Kansas City. The ultimate authority on Confederate General J. E. B. Stuart, Tom founded the Stuart Birthplace Trust back home in Ararat, Virginia. Tom never stops researching, and just when you think everything that could be known about Jeb is known, he uncovers another nugget. Like this one:

When Jeb was a cadet at West Point in 1853, he and another student had an altercation in the Mess Hall. They were taken before the commandant, Robert E. Lee. 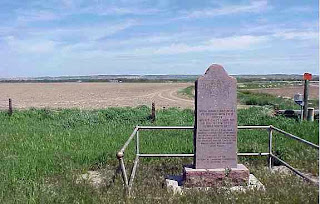 He asked each student what had happened and each in turn declined to comment. He gave them a slap on the wrist and dismissed them. Only a short year later, the other student, John Grattan, was dead and had single-handedly started the Plains Indian Wars that would last into the 1890s.

In 1851, the various Indians were summoned to Ft. Laramie where a treaty was entered into. In 1854, Chief Conquering Bear with Ogalala and Brule Sioux were gathered near Ft. Laramie to receive promised allotments of food from the government. The supplies were delayed in coming. At the same time the Hans Peter Olson Company of Mormons was passing through the area. A sickly, half-starved cow belonging to the Mormons wandered into the Indian camp. The Indians regarded the cow as abandoned and accordingly used it to provide sustenance. The Mormons complained to the military and demanded return of the cow. 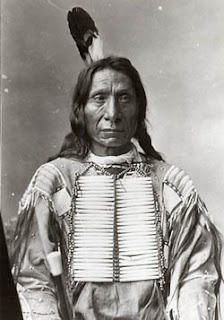 A young West Point Graduate, Bvt. 2nd Lt. John L. Grattan, proceeded with a company to Chief Conquering Bear's camp and demanded that the Indian suspected of the taking of the cow be turned over to the military. Chief Conquering Bear refused to turn over the suspect but, instead, in compliance with treaty terms offered compensation in the form of a horse. The horse would, in fact, have been more valuable than the cow. Grattan refused the offer. The Chief started to walk away when one of Grattan's men shot the Chief. In the ensuing fire fight Grattan and all but one of his men were killed. The one had his tongue cut out and subsequently died in the Fort Laramie hospital. Among those present was a young Indian boy later to be known as Red Cloud (right; Grattan Massacre site, above right). 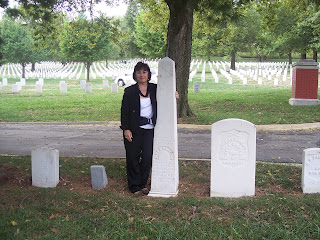 Of course, little more than a decade later, Jeb Stuart, too, would be dead, shot from his horse while commanding troops in defense of the Confederate Capital. Jeb rests in Hollywood Cemetery, Richmond, Virginia. Grattan, though, lies in the National Cemetery at Fort Leavenworth. We visited his grave on our tour Sunday and I took Tom Perry yesterday. Tom snapped this photo of me at the monument to the impetuous young officer.
Posted by Deb Goodrich at 1:54 PM