All Over the Map

Yesterday, I thought about writing on the Battle of Antietam, or Sharpsburg, depending on your point of view. But I knew Sam Wheeler would do it, and do it well, so I didn't bother. Click on his link to the right. It's a worthy remembrance, especially in light of all the 9-11 coverage on television. Also, if you visit the historynet.com, you'll find a very interesting article of an 1864 plot to attack New York City (above). There is nothing new under the sun, dear reader. 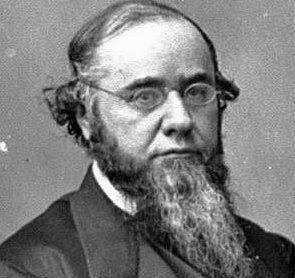 Our buddy Herschel Stroud is headed East--Nashville, I believe, then Staunton, Virginia, then Philadelphia. He told me so Sunday morning. Said he was headed to StaUnton, pronouncing the au as any educated person would. Only problem is, Virginians say Stanton, as if the u doesn't exist. As a result, I was always misspelling the name of Edwin Stanton (left). I had the tendency to throw in a u, even though it wasn't pronounced that way, much to the chagrin of our editors. Then again, look at this poor man. Have you ever seen a more miserable human? He needs an extra u. . . .

Anyhow, Herschel is on the Organ Committee for St. David's Lutheran Church. Since Herschel is an MD and a dentist, and portrays a Civil War surgeon, my first thought was livers and kidneys, but no, we're talking pipe organs. Whew! Thank goodness!

Just thinking about Crawford, Nebraska, and looked up the weather forecast. A little cooler than ours: 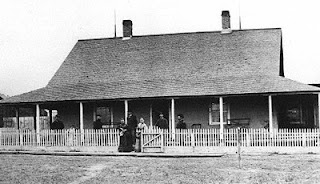 Topeka: Breezy. Partly sunny with a 50 percent chance of thunderstorms. Highs around 86. South winds 15 to 25 mph.

So has anyone ever figured out the difference between partly sunny and partly cloudy? Is it like the glass that's half full or half empty and depends upon the optimism of the forecaster? Above, one of the adobe officers' quarters at Fort Robinson, just outside Crawford. Perhaps this is the one in which we stayed with our friends the Waskies in May. Let's just be optimistic and say that it is.