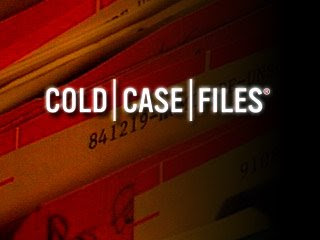 Tom and I were watching TV in a hotel room, probably somewhere in Ohio, when one of those crime programs came on. In the preview, there was a farmer killing his hired hands.

"That's a Missouri farmer," I commented, between potato chips.

He smirked. "How could you possibly know that?"

Sure enough, it was a Missouri farmer.

This logic is not confined to Missouri, but I believe is a result of the pragmatism required to survive on the frontier. In our years of research, countless examples have surfaced and I have begun filing them. One of the best was the letter a group of concerned Kansans sent to President Andrew Johnson after the capture of Confederate President Jefferson Davis.

How can you argue with that?

My husband is a profound and intelligent man, but being a product of the Kansas/Missouri frontier, he, too, falls victim to frontier logic.

"We need groceries because well, there's no food."

Now, as insightful as this is, it sometimes takes him awhile to arrive at these conclusions. Usually, the cupboards have been bare for days before it occurs to him to go to the supermarket. Southerners, like myself, think in a more circular fashion, thus, I, on the other hand, would have remarked a couple of days ago,

"Honey, I was going to make you a great big breakfast but we're out of grits and I used the last of the eggs in the cheesecake on Sunday, so you'll just have to have coffee and starve."

Maybe I should consider the more direct approach since he'll be pondering that one for a while.

Deb,
Nice picture of Custer on your page for Saturday, March 17th, at "In Glory."
However, George was not wearing the buckskin trousers, they were rolled up and on the rear of Vic's saddle. 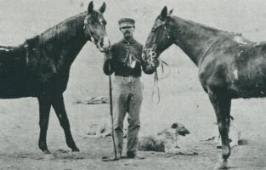 Probably because the heat index was over 100. After the battle they were sent to Libby, and are now in the LBH battlefield museum. Not an accurate portrayal of Vic. Will attach a picture of Vic (left; Vic is on the right) and a modern genetics lab photo of the approximate coloring. Vic was a sorrel with 4 white feet and a white blaze on his forehead. Despite the hoopla about Vic being a POW, too many 7th Cav guys came forward to bury the dead, recognized Vic and 4 guys cut off the hoofs for ashtrays/momentos.

DG: You are so right! They don't make men like that any more. In addition to America's Civil War, Civil War Times Illustrated had a great article (and images) in the February issue.
_____________
Deb, 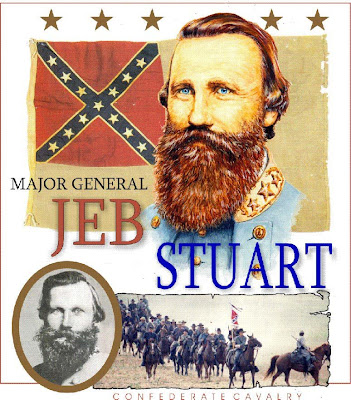 Everyone is invited to visit Laurel Hill, the Birthplace of J. E. B. Stuart in Ararat, Virginia, this Saturday, April 7, 2007, beginning at 9 a.m. Laurel Hill will again be part of Park Day co-sponsored by the Civil War Preservation Trust and The History Channel. Members of Stuart Birthplace Board will be present during the day involved in clean up projects and talking about the work of the organization. I will be present to talk about the history surrounding the site. We invite you all to come join us at the place J. E. B. Stuart called home.

Below are some links related to Laurel Hill and Park Day. One thing I have learned is that many people do not realize they can visit Stuart's Birthplace and that there are interpretive signs and things to do. My webpages are built to give interested parties a way to learn more about the history and to see that there are things to do.

DG: Thanks to you, Tom, for keeping us informed. Also, a reminder, Tom will be speaking to our Civil War Roundtables in Kansas City, Topeka, and St. Louis this September, so don't miss this opportunity to hear him talk about Jeb in Kansas.